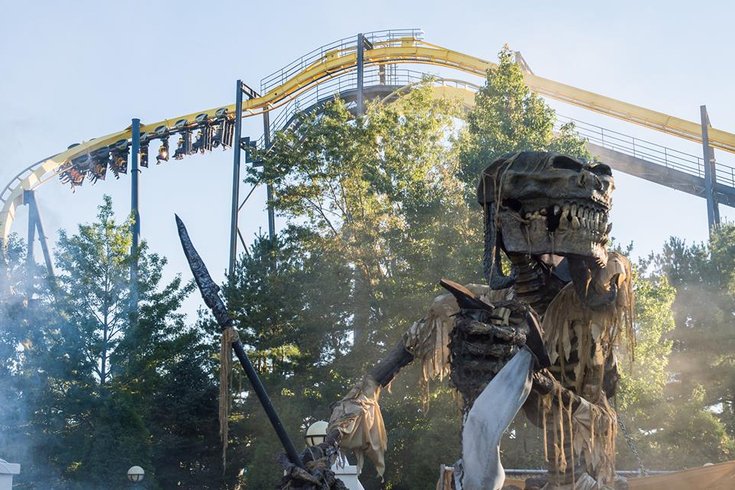 Six Flags Great Adventure has somehow enticed more than 4,300 people to enter its 30-Hour Coffin Challenge, narrowing the field to a ... lucky(?) final six who will be laid to rest, so to speak, this weekend.

Beginning Sunday, Oct. 28, six participants, including two from the Philadelphia area, will head to the Six Flags amusement park in Jackson, New Jersey, and settle in to a "slightly used" wooden coffin – whatever that means – for a whopping 30 hours.

RELATED: Not sure what to do for Halloween? Here's a list of 15 events in Philly

The finalists will be granted six-minute bathroom breaks every hour, limited cell phone access, and meals that must be consumed in coffin. Oh, and throughout the 30-hour period they will be visited by actors, presumably dressed as monsters and other creatures of the night, for a scare.

Among the six selected for the challenge is Jennifer Gorden, a 28-year-old dental hygienist from the Bustleton neighborhood in Northeast Philadelphia, who is a self-described Halloween fanatic and aspiring mortician.

"I grew up across the street from a funeral home and was very curious as a child as to what went on inside and the process of caring for those that have passed," Gorden told PhillyVoice on Monday.

"My dream job growing up was definitely being a mortician, and I still plan to go to school for it one day later in my life." 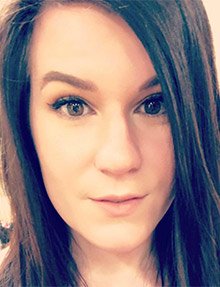 Jennifer Gorden, 28, of Bustleton, hopes to be a mortician some day.

Gorden entered the challenge after some convincing from her sister.

"She knows how much I love Halloween and Six Flags, so the second she found out about the competition she made me enter."

Her biggest concern heading into the weekend? Getting too cold.

"I'm actually looking forward to 30 hours in a coffin, to be honest. I've been working six days a week so my body could use the rest," she said.

"The only preparation that I've done was I purchased a very warm blanket, because it will be freezing and I hate the cold. I also went and got myself a book to read."

So what's on the line for those who make it the full 30 hours? For the contestants make it the whole time, prizes include $300, two 2019 Gold Season Passes and Dining Passes to Six Flags, two passes to the Haunted Maze Express, and the chance for contestants to keep their now VERY used coffins.

In addition to Gorden, another local participant in the challenge – a man whose name pretty much says it all – is Dan Murter. The Levittown, Bucks County, resident's parents met at a Halloween party, and he says he first met his wife while working with her as characters at a Halloween attraction.

Other participants include Brandon Hardy, of Bear, Delaware, who has previously slept in a coffin while working as a paranormal investigator, and Leticia Gomez, from Howell, New Jersey, who has been a funeral director for 25 years.

The remaining two contestants have military backgrounds that may make them best prepared for the challenge. Shane Madak, of Groton, Connecticut, is enlisted in the U.S. Navy, where he reportedly spends 70 percent of the year underwater, with no cell service, sleeping in tiny beds typically referred to as "coffin racks."

And Vincent Gatens, of Staten Island, New York, is a Navy veteran also familiar with living and sleeping in dark, cramped spaces.

The challenge coincides with Six Flags' Fright Fest, which commemorates the Halloween season now through Oct. 31, including haunted mazes, a mirror labyrinth, and an attraction called "Fears" that sounds a whole lot like the end of "1984."

After the contestants are laid to rest Sunday, Oct. 28 afternoon at 1 p.m., they'll have to last until 7 p.m. on Monday, Oct. 29 to claim those prizes. Gorden thinks she has a shot at lasting the whole time.

"I believe I can win it all because I have a lot of patience," she said.

"I am extremely competitive, and I love anything that has to do with horror and fear."