The Jersey Shore could see as much as 18 inches; Philly is expected to get 6-10 inches from the nor'easter 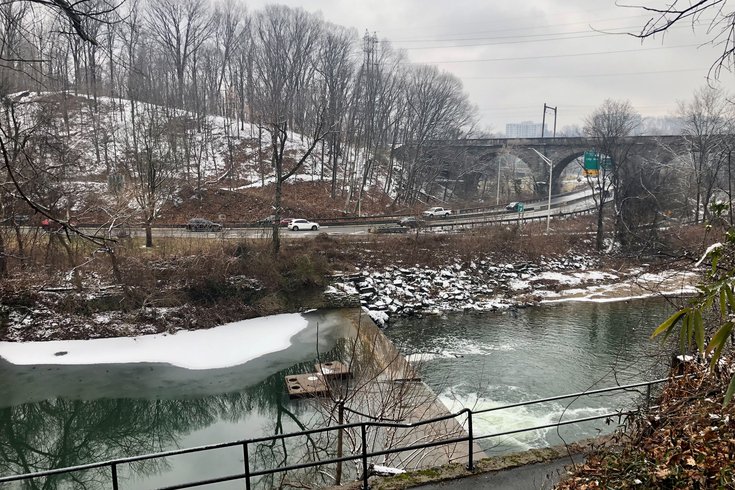 Motorists travel on Lincoln Drive along the Wissahickon Creek near the City Avenue interchange on Friday afternoon. Philadelphia declared a snow emergency ahead of Friday night's storm that could result in 6 to 10 inches of snow in the city, and officials warned traveling on the city's roadways could become dangerous.

Philadelphia and New Jersey have declared snow emergencies as a powerful winter storm expected to dump several inches of snow enters the region.

The National Weather Service predicts Philadelphia will get 6-10 inches, Marlton, New Jersey getting 6-12 inches and Atlantic City receiving 9-18 inches. The areas west of Philadelphia are expected to get less snow, with West Chester forecast to receive 2-6 inches.

Philadelphia residents are advised to move parked cars from the city's snow emergency routes and to park as far from corners as possible as to not interfere with plows.

Residents are asked to stay home and exercise extreme caution if they must drive. Homeowners are expected to shovel a 3-foot-wide path on the sidewalk within six hours of the storm's conclusion and to clear any fire hydrants.

New Jersey will enter a state of emergency at 5 p.m., with the National Weather Service declaring a blizzard warning along the coast. Camden and Gloucester counties are under a winter storm warning, as is the western half of Burlington County.

A blizzard warning is forecast for coastal portions of our state, with wind gusts as high as 50 mph. This can cause multiple hazards and now is the time to be prepared.
🔌charge up electronic devices
🚫never run a generator indoorshttps://t.co/HS8JrVjWef pic.twitter.com/SJxSCNmUDb

Gov. Phil Murphy warned that the storm could have a "long tail," meaning it may take a long time to dig out. He encouraged people to stay off the roads and to stock up on supplies ahead of time.

In Pennsylvania, Philadelphia, Delaware County and the eastern halves of Bucks and Montgomery counties are under winter storm warnings.

Here is the weekend forecast for Philadelphia, as of 4 p.m. Friday from NWS:

FRIDAY AFTERNOON: Snow likely. Cloudy, with a high near 36. North wind around 5 mph. Chance of precipitation is 70%. Total daytime snow accumulation less 1/2 inch.
FRIDAY NIGHT: Snow with a low temperature around 21. Blustery, with a north wind 5-10 mph increasing to 15-20 mph after midnight. New snow accumulation of 3-5 inches possible.
SATURDAY: Snow, mainly before 1 p.m. High near 24 degrees. Blustery sustained winds of 20-25 mph with gusts as strong as 40 mph. Additional snow accumulation of 3-5 inches. Overnight low temperature around 11 degrees with wind chills making it feel like negative 1 degree. Windy with gusts as strong as 30 mph.
SUNDAY: Sunny, with a high near 26. Then cloudy with an overnight low around 13.
MONDAY: Mostly sunny, high temperature near 37 degrees.

The storm formed off the southeastern Atlantic Coast. It has been unclear how far west the system will venture, though it is expected to remain partially offshore. The center of the storm is anticipated to pass over the Jersey Shore, where conditions will likely be most severe.