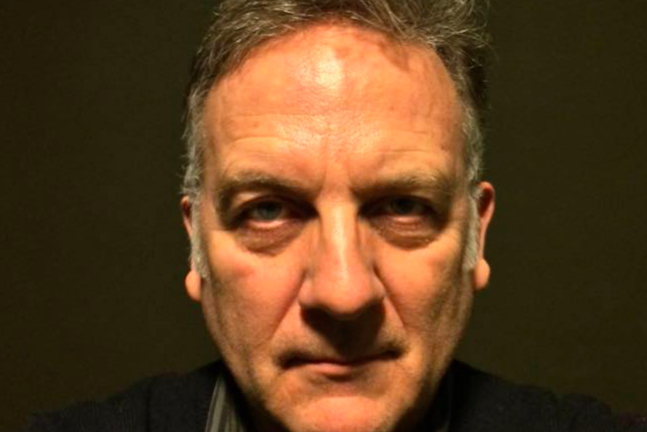 Whit MacLaughlin, 64, is the Artistic Director of the New Paradise Laboratories theater ensemble.

The artistic director of a local ensemble theater is recovering in the hospital after he was mugged and shot in the leg Thursday night in the city's Fairmount neighborhood.

Whit MacLaughlin, who leads the experimental New Paradise Laboratories in Olde Kensington, said Friday in a message on Facebook that he was still being evaluated for nerve damage and that he put up a bit of a struggle with the perpetrator.

The most astonishing part of MacLaughlin's story comes down to the shooter allegedly taking his iPhone at the scene. When MacLaughlin got to Temple University Hospital, a pair of Philly detectives used the Find My iPhone feature to track down the suspect. MacLaughlin, 64, identified the man at the hospital.

Contacted Friday, Philadelphia police confirmed the incident occurred around 6:30 p.m. Thursday on the 1500 block of W. Girard Avenue. Danny Reed, 55, of the 1000 block of W. Ontario Street in North Philadelphia, was arrested and charged with attempted murder, aggravated assault, theft and related offenses.

MacLaughlin, who has been with New Paradise Laboratories since 1998, has won Obie and Barrymore awards for his creative work with the performance ensemble. He could not immediately be reached for comment on Friday afternoon.