The celebration will kick off on March 30 with an event in the Hamilton Garden at The Kimmel Center from 5-7 p.m. 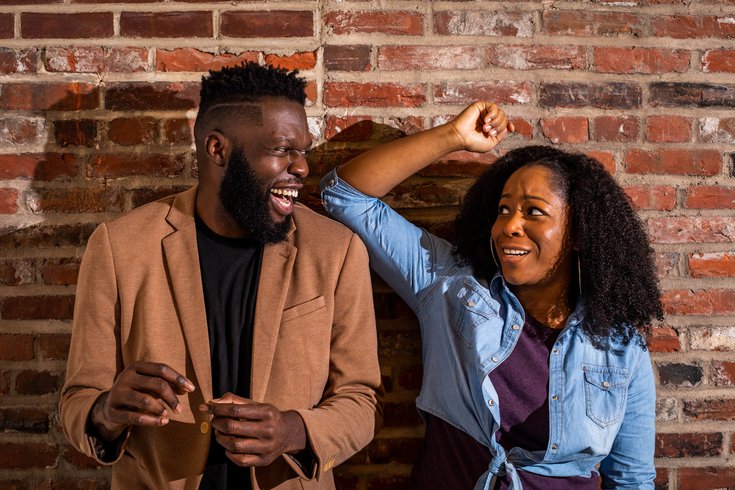 The Arden Theatre is just one of several venues hosting performances to celebrate Philly Theatre Week, which runs from April 1-10. There are free, $15, and $30 ticketing options available.

The 5th annual Philly Theatre Week will return from April 1-10 to celebrate artists from across the region with 85 performances.

Theatre Philadelphia will kick-off the festivities on Wednesday, March 30, with an in-person show from 5 to 7 p.m. in the Hamilton Garden at The Kimmel Center. Guests will see previews of scenes, songs, and interactive performances that will take place during the 10-day event.

Tickets are free, but pre-registration is required. The Kimmel Cultural Campus currently requires all guests to wear masks indoors and show proof of vaccination. The theater will keep its mask and vaccine policy at least through March 31.

"We are very excited for the return and fifth annual Philly Theatre Week," said LaNeshe Miller-White, executive director of Theatre Philadelphia. "After last year's event was primarily virtual, we are so happy to be back with an awesome mix of in-person and virtual performances, readings, workshops, and interactive events."

Crossroads Comedy Theater will perform at Theater Exile in South Philadelphia throughout the event.

"Thank You, Places: An Improvised Musical" is an hour-long Broadway-style performance tailored to one audience suggestion. It's playing on April 1, from 7 to 8 p.m., and costs $15.

Just after that show wraps up, "Chip Chantry: The Farewell Tour" will go from 8:30 until 9:45 p.m. The nationally-touring comedian is making what could be his last trip to the city, with additional comedic guests.

All in-person guests must be prepared to show proof of vaccination, as well as remain masked while inside the building. 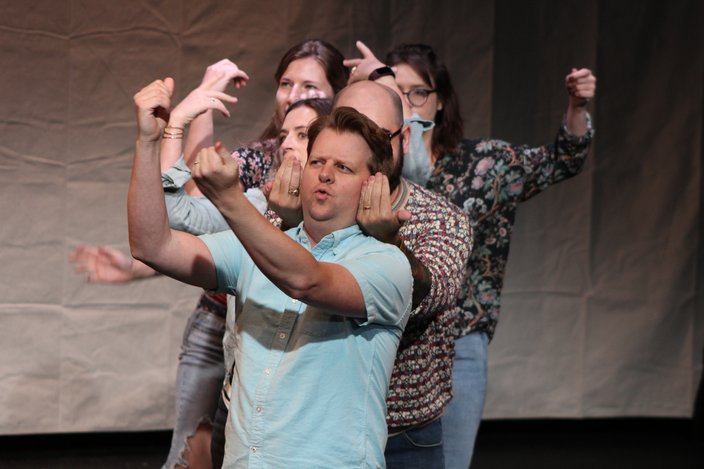 Crossroads Comedy Theater is hosting several performances for Philly Theatre Week, including 'Thank You, Places,' an improvised Broadway-style show based on one audience suggestion.

The Arden Theatre will provide daily performances of its latest original production, "Backing Track," written by satirist R. Eric Thomas. For $15 per show, guests can check out one of the most acclaimed shows in the city. Proof of vaccination is required, as well as masks for audience members.

The Wilma is celebrating Philly Theatre Week with a line-up of virtual, on-demand events. Each show is free to watch and will be available at the start of the 10-day event. These shorts include a music video, a 15-minute comedy sketch, and a short movie filmed on The Wilma's main stage.

A warmhearted play set to music, "Folk" tells the story of a friendship built around a love of folk songs. It will play from April 6-10 at Louis Bluver Theatre at the Drake, and tickets will go on sale before the kickoff event. Proof of vaccination and masking is required for all patrons.

"Frauenschlläechterei" is a theatre-by-mail event that starts during Philly Theatre Week. Over the course of six months, audience members will receive 37 installments of the play by snail mail. These will come as props, memories of the characters, and fragments of life, culminating in a full play in your own home. Tickets are $30. 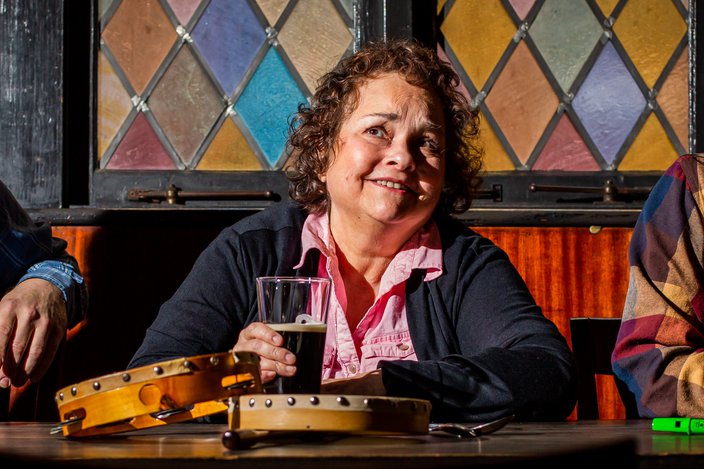 'Folk' is warmheated play set to music by the Inis Nua Theatre Company, which will run from April 6-10 at the Louis Bluver Theatre at The Drake.

Other events include The Golden Girls Murder Mystery series, with tickets for $30. Another popular upcoming show, "Menopause The Musical," will be performed at the Bristol Riverside Theatre from April 1-3, for $30.

A two-night virtual performance of "A 'Sure Thing' and Then Some... Stories of Encounters, Entanglements, and Love" by the Kaleidoscope Cultural Arts Collective will be available from April 1-2 for $15.

The full list of events is available on Theatre Philadelphia's website. Though Philadelphia and its surrounding counties no longer require masking indoors in most public spaces, each individual private business has the right to set its own COVID-19 requirements.