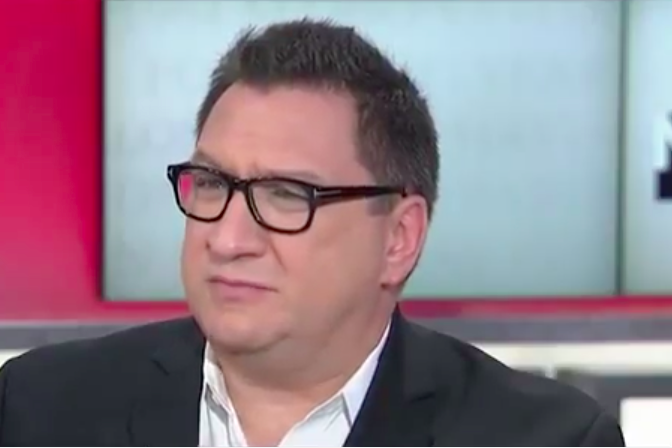 Tony Case, executive editor of Adweek and the new public enemy No. 1 in Philadelphia after his Twitter rant Friday about the city's residents.

Avert your eyes, brothers and sisters. Apparently, we here in Philadelphia are fugly. 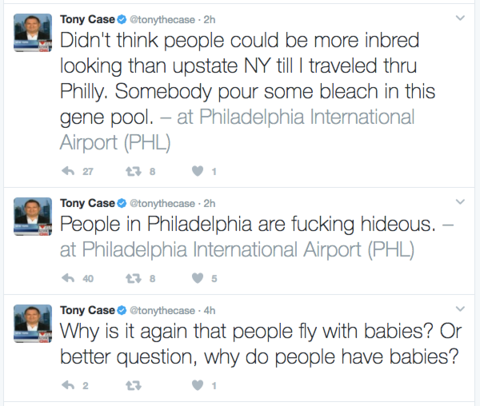 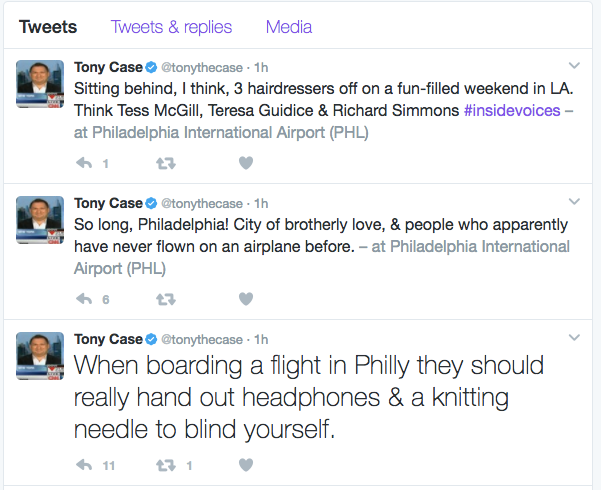 What an awful idea, Tony. Tonyyyyyyy. You're better than this.

We've been here before. Don't you follow Mara Wilson on Twitter? If you were a real fan of "Matilda" and "Mrs. Doubtfire," very marketable motion pictures, you would know that she walked right into this minefield in November.

Has anyone told Philly people they don't HAVE to be assholes

She got eaten alive for it, bless her heart.

But you? You handed Philly a perfect reason to back up Matilda's claim. It must feel empowering to know that being an executive editor means you can just bloviate whatever the f--- you want, but maybe it also means you should edit yourself.

Dawg, we won a title for being sexy. It would actually interest you because it was a totally superficial press release put out by Pure Romance, a sex toy company looking to swing a little congratulatory product placement.

Hey, you know what? Have at him, Philly.

@tonythecase you, on the other hand, seem to be delightful tub of perfection.

@tonythecase you're in an Airport. Those people could be from anywhere.

@tonythecase if I woke up every day and my reflection was you I'd be a bitter person as well.

.@tonythecase if you owned a Chinese Resturaunt it would be called Mr. Chins

@tonythecase u looking like a gmo clone of Ian Rapoport

@tonythecase does anyone love you?