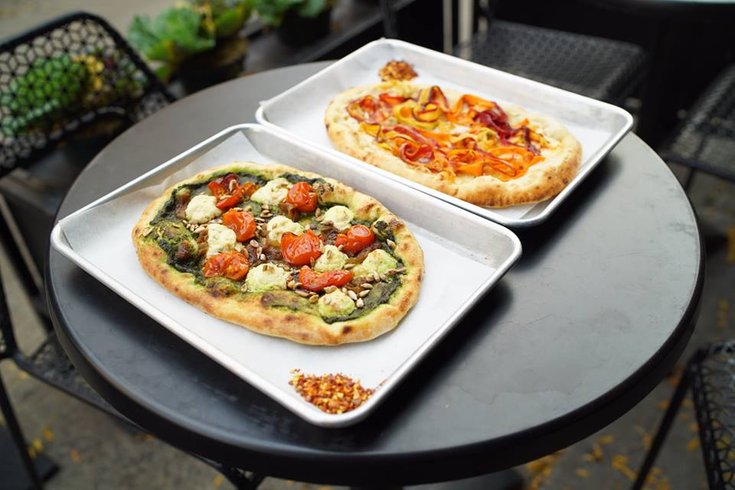 Though there is plenty of pizza to love in Philly, it's hard not to argue that New York City still has us beat (at least in reputation), particularly when it comes to pies for plant-based eaters.

Kenney anticipates a January 2019 opening, Eater reported, with other locations headed for Brooklyn, Boston, and Los Angeles. You can expect individual-sized pies made with nut-based cheeses on the menu, plus a wine-focused drink menu.

Double Zero will join a sparse but growing collection of vegan pizza options in Philadelphia. Northern Liberty's Blackbird Pizzeria has been serving exclusively vegan pizzas (and wings and cheesesteaks) since its original Queen Village location opened in 2010. Govinda's at Broad & South Street also recently added pizza to its all-vegan menu.

Though the specific menu for the upcoming Philadelphia Double Zero hasn't been shared, expect a similar selection to that of the East Village menu, which includes about eight pies, some salad and pasta options, and dessert.