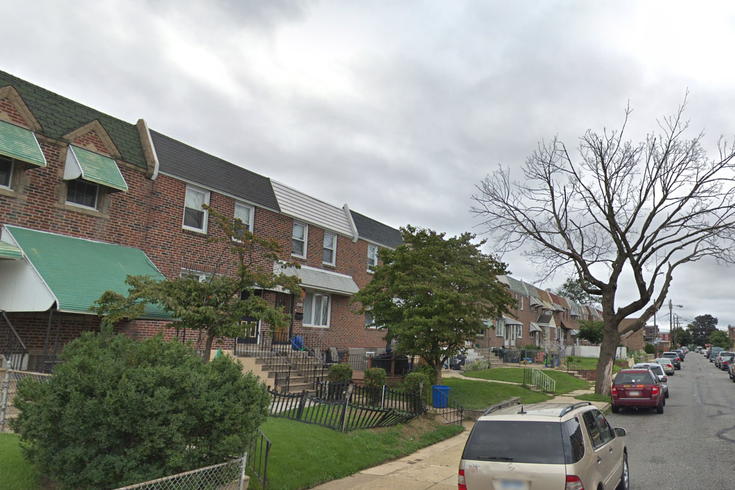 The 6300 block of Hegerman Street in Northeast Philly, where a 28-year-old woman shot and killed her two daughters and her husband.

A 28-year-old woman shot and killed her two daughters and the girls' father inside a Tacony residence Monday night, just one day after she legally purchased a gun, police said.

The woman, Damyrra Jones, shot herself in the head after shooting the three victims, Philadelphia Police Homicide Captain Jason Smith said during a press briefing Tuesday. Jones survived her injuries and is expected to live.

She will be charged with three counts of murder, two counts of child endangerment, and one count of possessing an instrument of crime, according to Smith.

Police recovered a 9mm handgun at the crime scene, which Smith said investigators believe Jones used to shoot her 10-month-old daughter, her 4-year-old daughter, and the father, who was 38 years old, before turning the gun on herself. Smith said the gun was registered to Jones, and she'd purchased the gun one day prior.

The father, whose name is being withheld while police attempt to notify next of kin, was pronounced dead at the scene, while the two children were rushed to St. Christopher's Hospital in North Philly, where they both died. All four suffered gunshot wounds to the head and neck area, police said.

According to Smith, Jones likely shot the children and the father because of a "domestic discord" between the two.

"We believe it involved child support payments that he was making to her," Smith said. Jones and the girls' father did not live together, but it was not clear whether the two had a custody agreement in place.

Philadelphia Police Department Acting Commissioner Christine Coulter told 6ABC that there was no record of police being called to the home for prior domestic issues.