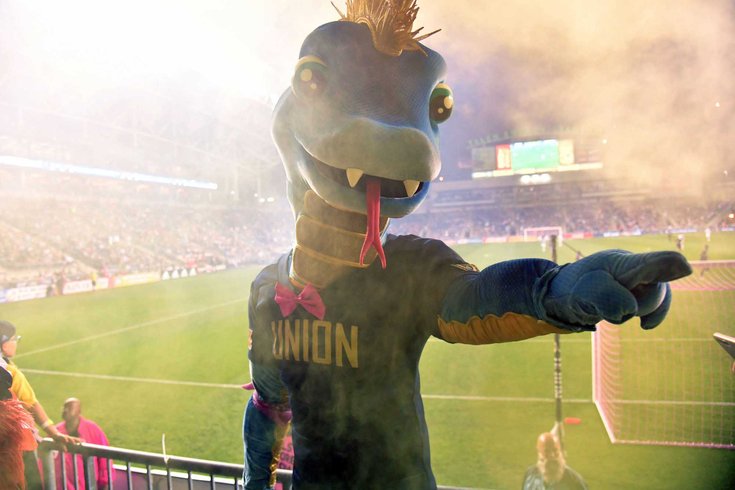 Two weeks ago, Philadelphia Union mascot Phang was spotted beating the hell out of a parked red car in Center City. For a moment it seemed odd, then it seemed normal, and then we all collectively wondered what kind of social media content the car-smashing would lead to.

On Tuesday, the team showed the world what all that destruction was for: a hype video ahead of this Saturday's home matchup with rival New York Red Bulls, featuring Philly-area YouTuber Ed Bassmaster, who went viral in 2015 for pretending to beat up hitchBOT.

Quite a sentence, right? It's also quite a video:

Shout out to @edbassmaster for the assist!

It's a long hill to climb, but Phang seems interested in giving Gritty's award-winning social team a run for its money.

Because this is Philadelphia, and because sports teams are doing increasingly wild stuff every week in the name of content, it's sort of hard to tell which Center City onlookers were convinced Bassmaster's antics were real, and which were already clued in on the joke.

In either case, Union supporters should be in a pretty good mood. The team remains in first place in the MLS's Eastern Conference after a helpful road win against Minnesota United on Sunday, and will look to expand on their five-point lead over fourth-place Red Bulls.