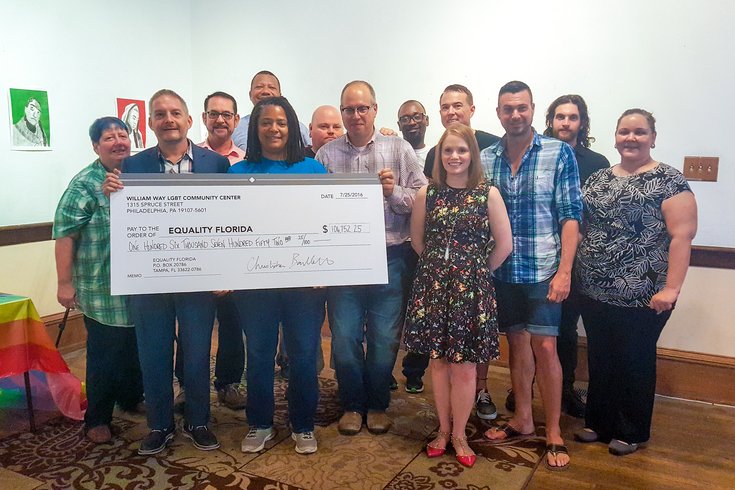 At a presentation ceremony held at the William Way LGBT Community Center this morning, July 27, bars and organizations that participated in the "Philly4Pulse" Gayborhood fundraiser issued a check for $106,752.25. That's more than 10 times the amount the event expected to raise, and approximately $46,000 more than the initial $70,000 estimate first suggested last week by the event's co-organizer, Jeffrey Sotland.

The funds went directly to Equality Florida, which will donate the money to victims of June's Pulse nightclub shooting – including family members of the 49 killed, the many injured and the total 320 people traumatized by the massacre's hostage situation.

Nadine Smith, executive director of Equality Florida, who was at the event to receive the check, told PhillyVoice she wasn't entirely sure the fundraiser was real when organizers first reached out to her.

"Honestly, at the time, we were so inundated that we were having a hard time sorting through what was real, who’s putting it together, and in the wake of tragedy, you have incredible generosity, but also people sort of weirdly – they do things that are maybe not going to be that useful," she said, laughing toward the end.

But when she realized the lengths Philly's Gayborhood bars and LGBT organizations were going through to host the event, it started to feel like a no-brainer. So, she flew in from Orlando to roam the 14 participating venues. 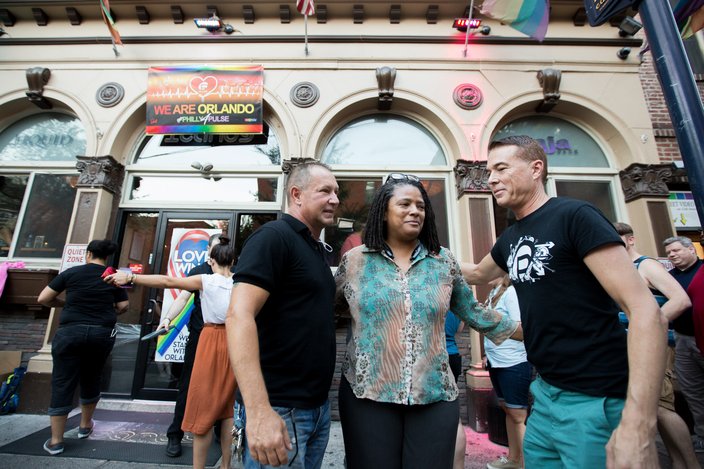 "The number of people who just came up and sent hugs back to Florida and Orlando, and the number of people who have connections or have been to Pulse when visiting Florida – who fit the same demographic of so many of the victims and related to the same sort of safe space that going out meant, I wasn’t fully prepared for how emotional it would be," Smith said. "To just sort of be standing there and feeling all of the love.

"I really feel as though I can’t fully capture with these words the gratitude, because everywhere, every single place where we stopped the music and said ‘Can we say a few words?’ the crowd just lifted us up."