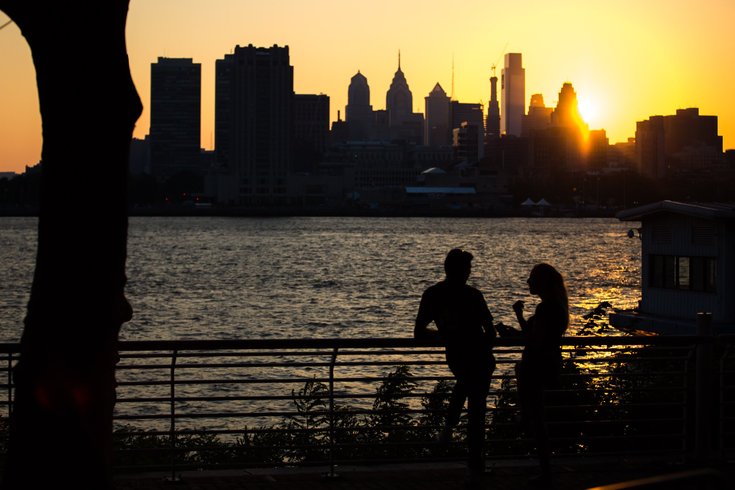 Saturday, April 6, 2019, likely will be the best chance to see the 'Phillyhenge' sunset over Market Street in Center City Philadelphia. The biannual event occurs when the sun's position in the sky lines up with West Market Street, bathing the street and Philadelphia City Hall in a golden glow as it sets.

If you find yourself on Market Street on Saturday evening around sunset, prepare to dodge plenty of Instagram users.

Satuday will be the best chance to view one of Philadelphia's biannual “Phillyhenge” sunsets, according to The Photographer’s Ephemeris, a website which tracks the direction of the sunrise, sunset, moonrise, and moonset for potential photographic opportunities.

In the map below, the orange line pointing west denotes the direction of the sunset on Saturday evening: 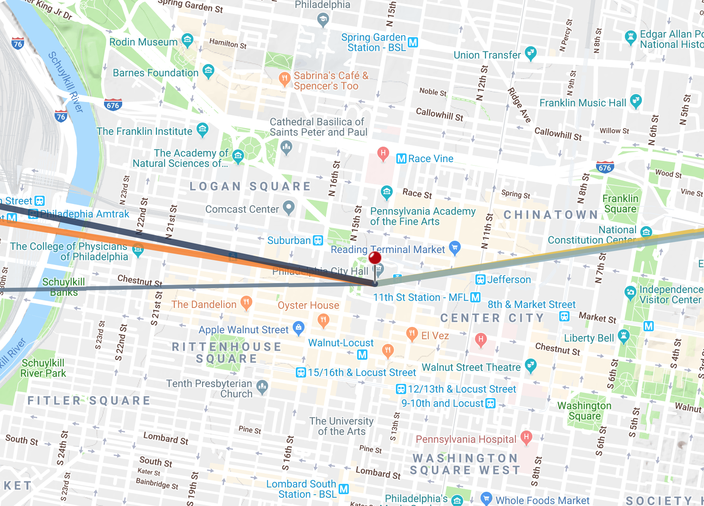 Phillyhenge, like the more popular Manhattanhenge, derives its name from Stonehenge in Wiltshire, England. Because of Philadelphia's (good and practical) grid layout, twice a year the sunset aligns just about exactly with Market Street, which makes for a great scene — and, of course, a great social media share. A similar event occurs for sunrises, originating over the east end of Market Street.

This is what things can look like during a Phillyhenge sunset.

While there are chances that Sunday, April 7, and Monday, April 8, will also produce potential Phillyhenges, those days both have rain in the forecasts for the evenings. Saturday, on the other hand, is supposed to be a gorgeous day with sun in the evening, according to the Weather Channel.

The next chance for a 2019 Phillyhenge sunset — it happens twice, after all — looks to be Sept. 5, according to The Photographer’s Ephemeris. For the Phillyhenge sunrises, you’ll want to be up bright and early on Oct. 10, 2019, because the first one of the year already happened last month on March 2.