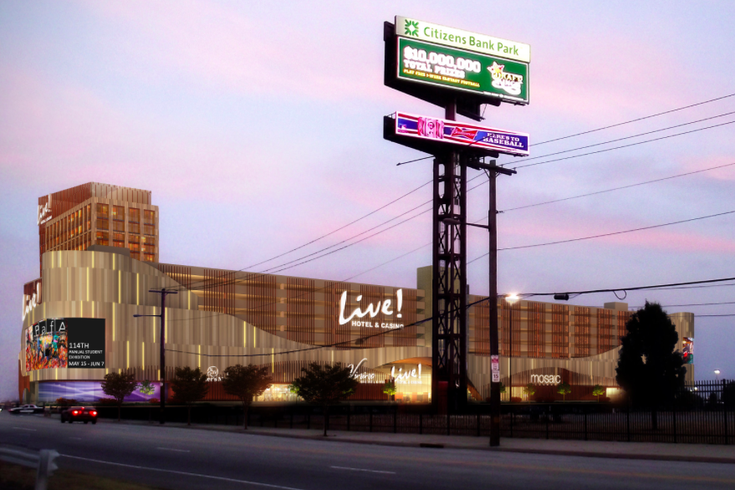 Rendering of the proposed Live! Casino & Hotel at 10th and Packer streets in South Philadelphia.

The $450 million hotel and casino complex is expected to house 2,000 slot machines, 125 table games and live entertainment. In addition, the existing Holiday Inn at the site will be renovated into a luxury hotel with more than 200 rooms, a spa and conference center.

In November, Stadium Casino LLC, a partnership between The Cordish Companies and Greenwood Gaming and Entertainment Inc., the operator of the Parx casino in Bensalem, Bucks County, entered into an Economic Opportunity Plan with the city. It committed to pay no less than $12 an hour to construction workers and permanent workers and set a goal to make 50 percent of the permanent workforce minority.

Cordish must now await the Pennsylvania Supreme Court's decision on appeals of its gambling license prior to beginning the construction phase.