PhillyVoice's 'This Week in Philly' Quizzo round (April 16-22) 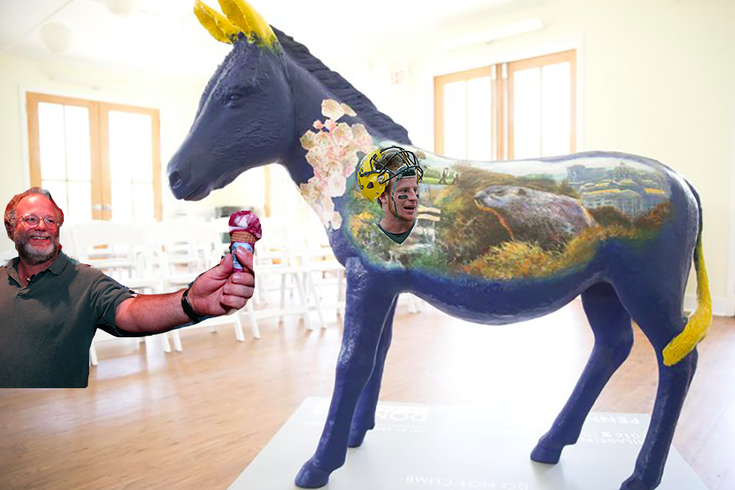 Several of the questions and answers in this week's Quizzo Round are reflected in this Photoshopped image.

Welcome to the third installment of PhillyVoice’s “This Week In Philly” Quizzo round feature.

So with no further ado, here are 10 questions about the people, places, events and more that made the third week of April 2016 special.

3. What city school was named the 46th best high school in the country, according to U.S. News and World Report?

4. What local school was deemed to have the best undergraduate business program in the nation by Bloomberg?

6. How many fiberglass donkeys will be on display throughout Philadelphia during July’s Democratic National Convention?

7. Who scored the game-winning goal for the Philadelphia Flyers against the Washington Capitals on Wednesday night?

8. Where did presidential candidate Hillary Clinton address supporters in Philadelphia on Wednesday night?

9. Who scooped cones of ice cream in Rittenhouse Square and Kensington as a show of support for presidential candidate Bernie Sanders this week?

10. The City of Philadelphia's Office of Property Assessment released a map and data regarding the 2017 property tax assessments this week. What percentage of properties saw a decreased rate of taxable value?

Bonus Question (Who said this "Quote of the Week"?): "I thought maybe it would help his nausea but within an hour, he had stopped crying. Within four hours, he was crawling, even laughing ... He didn't puke once after we started giving it to him. The chemo makes you sick. This thing acts as a shield."

2. Philadelphia Phillies, as a pitcher

8. The Filmore, in Fishtown