The Doylestown native will now be performing in Philly on Sept. 18 and Sept. 19; Tickets for the additional concert go on sale Friday, Jan. 13 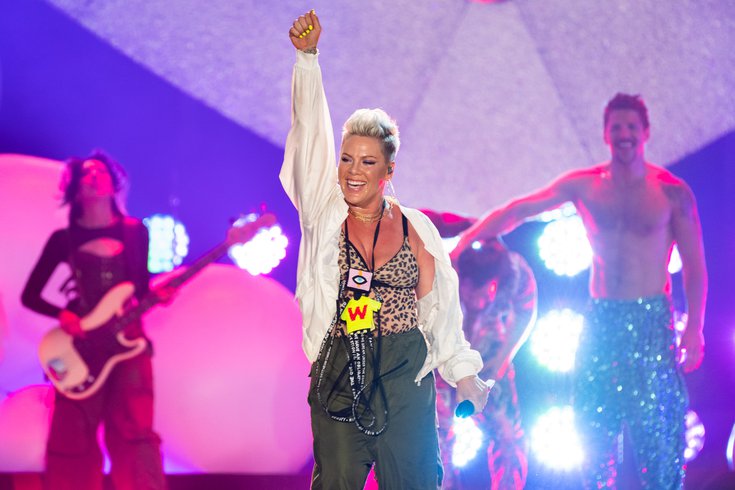 Doylestown native singer Pink has added a second homecoming show at Citizens Bank Park during her 2023 Summer Carnival world tour after the first show sold out. Tickets for the additional concert on Sept. 19 will go on sale Friday, Jan. 13 at 10 a.m. on the Live Nation website.

Due to popular demand, Doylestown native singer-songwriter Pink has added a second show to her homecoming stop in Philadelphia next summer.

The three-time Grammy winner's 2023 Summer Carnival world tour takes off in June, including her first-ever shows at Citizens Bank Park in September. After originally planning one stop in Philly on Sept. 18, she has added a second show on Sept. 19 after the first sold out in November.

Tickets for the additional show — featuring special guests Brandi Carlisle, Grouplove and DJ Kid Cut Up — will go on sale Friday, Jan. 13 at 10 a.m. on the Live Nation website.

Those looking to secure their seats early, to avoid the possibility of missing out if tickets sell out again, can check out presales happening this week hosted by Citi, Verizon Up and the Phillies.

"Hey Philly! How about a second show since the first one sold out," the singer wrote.

Pink is already receiving a warm welcome to the ballpark, as Live Nation public relations specialist Ike Richman shared a photo of the Phillie Phanatic holding up a Phillies jersey with the singer's name on the back.

"(Pink) is adding a second homecoming show at Citizens Bank Park in Philadelphia to which the Phanatic says, 'Lets Play Two!'," the caption reads.

Pink's latest single, "Never Gonna Not Dance Again," came out in November, and her upcoming ninth studio album "Trustfall" will be released on Feb. 17.