During the Doylestown native's Sept. 18 show in Philly, she will be joined by openers Brandi Carlile, Grouplove and DJ Kid Cut Up 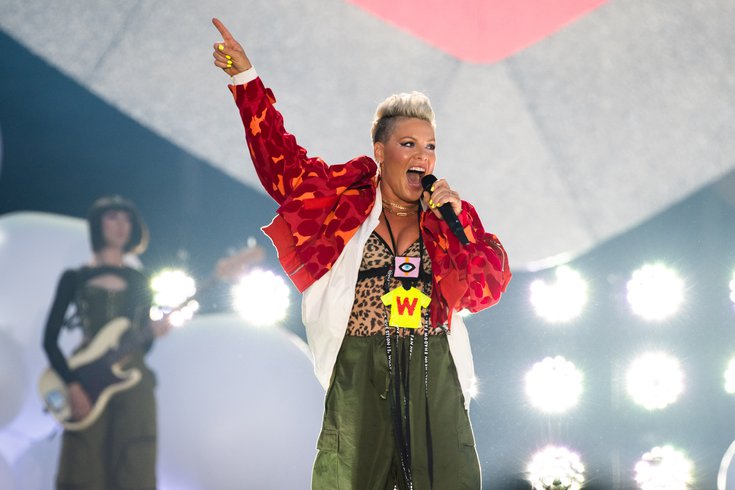 Doylestown native singer-songwriter Pink is hitting the road next summer for a tour that features a homecoming stop in Philadelphia.

Fresh off the release of her latest single, "Never Gonna Not Dance Again," Pink took to Instagram to announce dates and locations for the North American leg of Summer Carnival.

"You’re up North America! See you next year," Pink wrote in the post.

Throughout the tour, featured opening acts will switch between Brandi Carlile or the duo of Pat Benatar and Neil Giraldo. For the Philadelphia show, folk-rock singer-songwriter Carlile, who recently earned seven Grammy nominations, will be the special guest.

Pink asked Carlile to join her tour in a video that went viral on social media, filmed backstage at the 2022 Rock and Roll Hall of Fame induction ceremony last week where the pair performed a tribute to Dolly Parton.

When Pink asks, “Will you come on tour with me?” Carlile responds with a “f*** yeah."

Other openers for each show include Grouplove and DJ Kid Cut Up.

On Wednesday morning, members of the Phillies Email Club received an email with a special ticket presale opportunity.

"As a valued member of the Phillies Email Club, you have a ticket opportunity for the potential to purchase tickets to see this pop icon perform for the first time at the home of the 2022 National League Champion Philadelphia Phillies," the email read.

The Phillies presale ticket opportunity begins on Friday, November 18 at 5 p.m. and continues through 11 p.m. on Sunday, November 20, while supplies last. There are also presale opportunities for Citi card members, which began Tuesday, Nov. 15, and members of the Verizon Up loyalty program, which begins Thursday, Nov. 17. The general public sale starts on Monday, Nov. 21 at 10 a.m. through Ticketmaster.