Watch the hometown superstars in the 65th annual ceremony, airing Sunday, Feb. 5 at 8 p.m. on CBS and Paramount+ 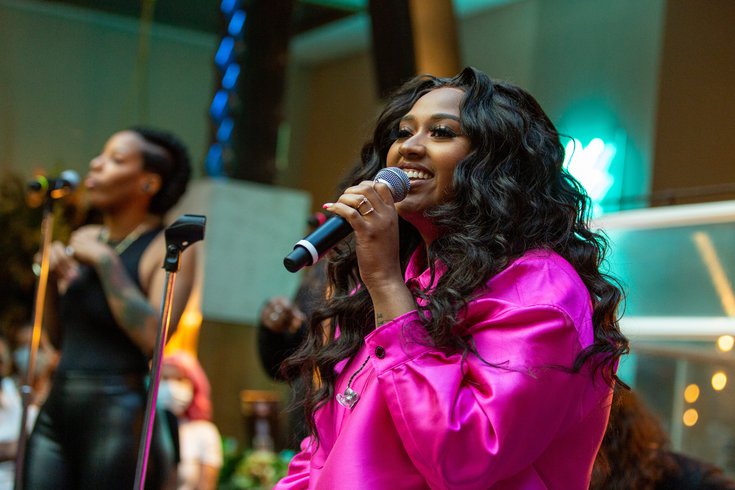 The nominations for the 2023 Grammy Awards have been announced, and a handful of Philadelphia-area natives are among the lengthy list of honorees.

After last year's Grammy Awards were delayed by three months due to a surge of COVID-19 cases at the beginning of the year, the 65th annual ceremony will air on CBS and Paramount+ at 8 p.m. on Sunday, Feb. 5.

After releasing the deluxe version of the album earlier this year, Sullivan has been nominated for three more Grammy Awards, including Best R&B Song and Best R&B Performance for "Hurt Me So Good," the lead single from the extended album.

Sullivan was also nominated for Best Traditional R&B Performance alongside Adam Blackstone for "'Round Midnight," a cover of Thelonious Monk's 1943 jazz standard. Sullivan covered the song herself at the beginning of her career, and was excited to bring it back with Blackstone for his latest album, "Legacy."

Sullivan, a graduate of the Philadelphia High School for the Creative and Performing Arts, may also be looking at her first Academy Award nomination later this year. Though nominees will not be announced until Jan. 24, Sullivan's "Stand Up," which is featured in Chinonye Chukwu's biopic "Till," was submitted for consideration in September. Taylor Swift had a busy pandemic, releasing three original albums and two re-recorded versions of her older work since 2019. This year, she received four total Grammy nominations, including for Song of the Year, one of the award show's four major categories.

Two of the four nominations are for "All Too Well (10 Minute Version)," a previously unreleased extended version of the Reading native's popular ballad. It was released with an accompanying music video that was also nominated for an award. The short film, starring Sadie Sink and Dylan O'Brien, has amassed more than 78 million views on YouTube since it was released last November.

The former country music star was nominated for Best Country Song for "I Bet You Think About Me (Taylor's Version)," another bonus song released on her 2021 album. The superstar also received a nomination in the Best Song Written for Visual Media category for "Carolina," which was penned for the film adaptation of Delia Owens' "Where The Crawdads Sing." The movie premiered in July.

Swift released her 10th studio album, "Midnights," in October, becoming the first artist to take over all of the top 10 spots on the Billboard Hot 200.

2021 was also a big year for Questlove. The hip-hop artist and drummer for The Roots released his critically acclaimed directorial debut, "Summer of Soul (...Or, When The Revolution Could Not Be Televised)," a documentary about the 1969 Harlem Cultural Festival. He racked up dozens of accolades for the project, including a Grammy Award for Best Music Film and an Academy Award for Best Documentary Feature.

This year, Questlove received another nomination for Best Audio Book, Narration, and Storytelling Recording for "Music Is History," his 2021 book chronicling popular music through the lens of American history over the past 50 years. Questlove is also delving back into the film industry, working as a producer for a documentary about J Dilla and a docuseries about James Brown for A&E.

Though Wynnewood native Lizzy McAlpine did not receive a nomination for her breakthrough second studio album, "five seconds flat," fellow singer and songwriter Jacob Collier's "Never Gonna Be Alone," which McAlpine appears on alongside John Mayer, received a nomination for Best Arrangement, Instruments and Vocal.

The most nominations this year went to Beyonce, who received 10 total nods for "Renaissance." The tally helped the global superstar tie with husband Jay-Z for the most Grammy nominations of all time, with 88 nominations each.

Check out this year's Grammy nominations in the show's four major categories below, and read the full list of nominees on the official Grammy Awards website.

Record of the Year