The show is set to air in 2023, in honor of what would have been the soul musician's 90th birthday 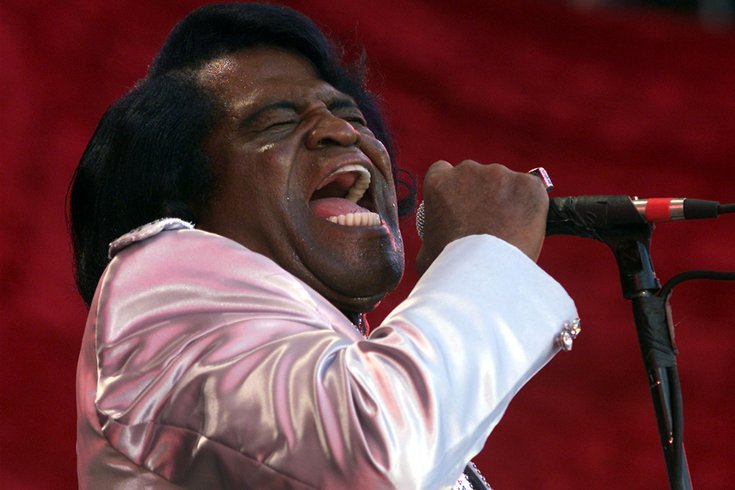 A James Brown docuseries is in the works at A&E, produced by Ahmir 'Questlove' Thompson, Tariq 'Black Thought' Trotter, and Mick Jagger. The four-part series is set to premiere in 2023, for what would have been Brown's 90th birthday.

James Brown, often dubbed the "Godfather of Soul," spent his decades-long career building a foundation for the funk music genre, and becoming one of the most recognizable acts in music.

Brown's life and career is getting its own four-part docuseries treatment on A&E, Deadline reported. Ahmir "Questlove" Thompson is set to executive produce alongside fellow Roots member Tariq "Black Thought" Trotter and Mick Jagger. The film will feature archival materials, interviews with artists and friends who have been influenced by Brown, and will prominently feature his music catalog.

"James Brown: Say it Loud" will follow Brown from dropping out of school in the seventh grade, to being arrested for armed robbery in the Jim Crow South, and eventually going on to becoming the most recognizable entertainers in the music industry.

"The life of James Brown is significant not only to understand his immense musical impact which inspires us and other artists to this day, but also for the deep and lasting impression he has had on American culture," said Thompson and Trotter. "Brown's life is a crucial and timely story of struggle, redemption, and self-identity and we are honored to have the chance to share it."

Both Roots members have forayed into other art methods in recent years. Most notably, Questlove's directorial debut, "Summer of Soul (...Or, When the Revolution Could Not Be Televised)" was released in January 2021 to extensive, rave reviews, earning it an Academy Award nomination for Best Documentary Feature.

Trotter is on his own journey, finishing up an Off-Broadway musical production that he has both starred in and produced the music and lyrics for. "Black No More" is Black Thought's theatrical debut, based on a 1931 novel of the same name. The novel and musical focus on a procedure that turns Black skin white.

"I am thrilled to be producing the four-part documentary series with A&E delving into the fascinating life of James Brown," said Jagger. "He was a brilliant performer who inspired me from the beginning and was deeply committed to the Civil Rights movement. I have always admired James and learned so much from him. I look forward to bringing the series to life."

Jagger previously produced the Brown-inspired biopic "Get On Up" starring Chadwick Boseman in 2014. He also produced HBO documentary "Mr. Dynamite: The Rise of James Brown" in 2014, which was directed by Alex Gibney. It is the most recent film project based on Brown's life and career.