'Ocean Child' was released on Feb. 18, helmed by Death Cab for Cutie's Ben Gibbard with an accompanying podcast 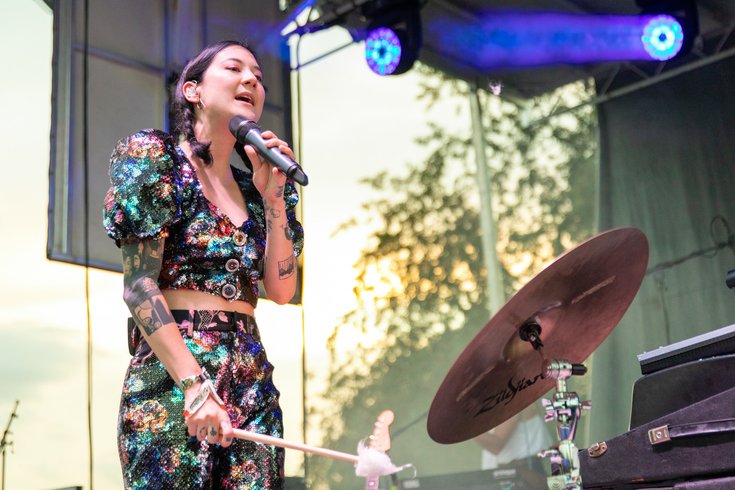 Japanese Breakfast's Michelle Zauner covered 'Nobody Sees Me Like You Do' by Yoko Ono for the performance artist's 89th birthday compilation tribute album.

Michelle Zauner — the woman behind indie rock concept Japanese Breakfast — has garnered a lot of attention for her recent work. Her latest album, Jubilee, was featured on several end-of-year lists in December, and was most recently featured on "The Late Late Show" with James Corden. Her memoir, "Crying in H Mart," has spent more than 25 weeks on the New York Times Bestseller List, and has been optioned for a film, the screenplay of which will be written by Zauner.

On Friday, Feb. 18, Japanese Breakfast was featured on "Ocean Child: The Songs of Yoko Ono," a compilation tribute album honoring the musician on her 89th birthday. The album, spearheaded and produced by Death Cab for Cutie's Ben Gibbard, features artists like David Byrne, The Flaming Lips, Sharon Van Etten, and Yo La Tengo.

Zauner, who lived in Philadelphia for much of her professional life before moving to Brooklyn, New York during the pandemic, recorded a cover of Ono's 1981 "Nobody Sees Me Like You Do," from "Season of Glass," which was released on Jan. 26 ahead of the album.

"I think specifically being an Asian woman, Yoko kind of represented the antithesis of what a musician should be," Zauner told Variety. "She was the most sort of hated woman in music for a while... unfairly so. As an Asian woman, I sided with her, and saw Ono as a very deep and complex artist unfairly judged by the world, and how difficult that must have been. And it became very sort of symbolic for me."

When asked to join the project, Zauner revealed to Gibbard that she did not have an "encyclopedia knowledge" of Ono's music. She spent much of the time spent planning for the album going through Ono's catalog to find a song she could connect to, eventually settling on "Nobody Sees Me Like You Do."

In that time, Zauner told Gibbard in an interview for SPIN, she found how different the music was to what she had expected from Ono.

Though Yoko Ono has spent much of her life and career being misunderstood — often called the woman who broke up The Beatles as a result of her relationship with John Lennon — Ono is known for being a loud, sometimes "wailing" performance artist.

"I think that I was taken aback by that that [the pop songs in Ono's catalog] and how beautiful and listenable they were that I don't think she gets credit for," Zauner said.

The album comes with an accompanying podcast, hosted by Gibbard alongside music journalist and Sirius XM radio host Jenny Eliscu. The podcast, which began on Friday, features interviews with each contributor about their relationship to Ono and her art, and how her music as influenced them as artists.

The hour-long episode features one major concept — for many of these artists, exploring Ono's discography meant grappling with their own misgivings about her and her career.

"I found in my conversations and musical travels that not a lot of people were familiar with her songwriting," Gibbard said. "People had an understanding that she had made some very avant garde, challenging work, but at the time her records weren't available — they were printed or on streaming. So in a way it was understandable that people would have misunderstandings of what her music was about."

Though Ono and Sean Ono Lennon did not take part in the production of the album, Ono has advertised the album, thanking the contributors in a statement to Variety. Gibbard told Variety that Ono's son did come up with the name of the album.

A portion of the proceeds from the album will go to support WhyHunger, a grassroots nonprofit organization that focuses on ending poverty and hunger. Ono is featured as one of the organization's "Artists Against Hunger and Poverty," alongside Bruce Springsteen, Trampled by Turtles, and Brandi Carlile.

Japanese Breakfast's cover of "Nobody Sees Me Like You Do" is featured below. The full album is available for purchase or streaming.