The rock icon is set to play songs off of his latest studio album, 'Only The Strong Survive,' a collection of soul covers that debuted Friday 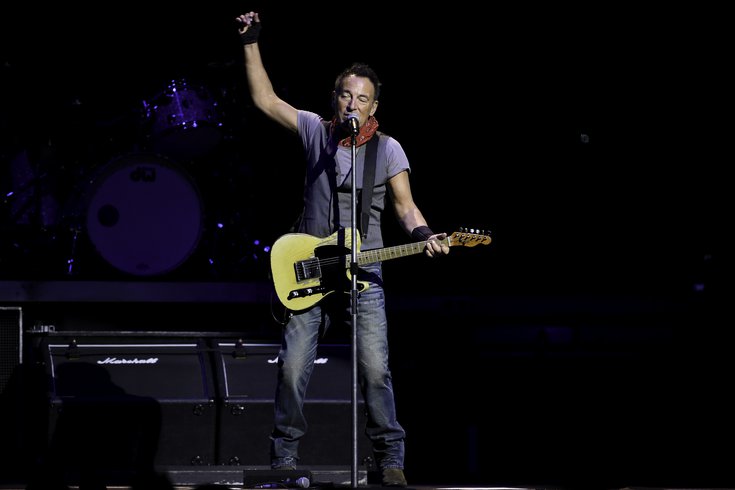 Bruce Springsteen will take over 'The Tonight Show Starring Jimmy Fallon' this week. He'll serve as the lead guest and play songs off of his new album, 'Only The Strong Survive.'

Bruce Springsteen fans who are anxious to see "The Boss" play songs from his new album, "Only The Strong Survive," should turn on "The Tonight Show Starring Jimmy Fallon" this week.

During his "Tonight Show" takeover, Springsteen will debut four songs from his new album, a collection of covers of soul songs from the 1960s and 1970s, including three made popular by the Four Tops and Diana Ross and the Supremes.

Monday's show marks Springsteen's third appearance on "The Tonight Show," but his first time as a performer. Fallon's show previously has been taken over by BTS, Ariana Grande, Cher, Miley Cyrus and Demi Lovato.

Though Springsteen's segments will be performance-focused, perhaps he will show off his comedy chops as well. Earlier this month, Springsteen performed and told dirty jokes during the Stand Up For Heroes charity event in New York.

Springsteen is no stranger to appearing alongside Fallon – he has joined the comedian for musical parodies, including a Born to Run duet that poked fun at former New Jersey Governor Chris Christie's "Bridgegate" scandal. That performance came during Fallon's stint as the host of "Late Night."

More recently, Springsteen appeared on "The Tonight Show" to discuss his 2020 album "Letter to You" album and his musical beginnings.

With about two years having gone by since his last appearance, Springsteen will have many updates to provide Fallon.

The singer and his E Street Band are preparing for a 2023 world tour, which includes a stop at the Wells Fargo Center on March 16 – the band's first trip to Philadelphia since 2016. Tickets went on sale in July, causing crises amongst fans who were stuck in long online "queues" and faced extremely high prices.

Springsteen did not reveal which songs from his new album that he'll play on "The Tonight Show," but he already has performed his covers of the Commodores' "Nightshift" and Frank Wilson's "Do I Love You (Indeed I Do)."

"The Tonight Show Starring Jimmy Fallon" airs weeknights at 11:35 p.m. on NBC and streams on Peacock.