'The Boss' will stop at the Wells Fargo Center on March 16; Tickets go on sale July 26 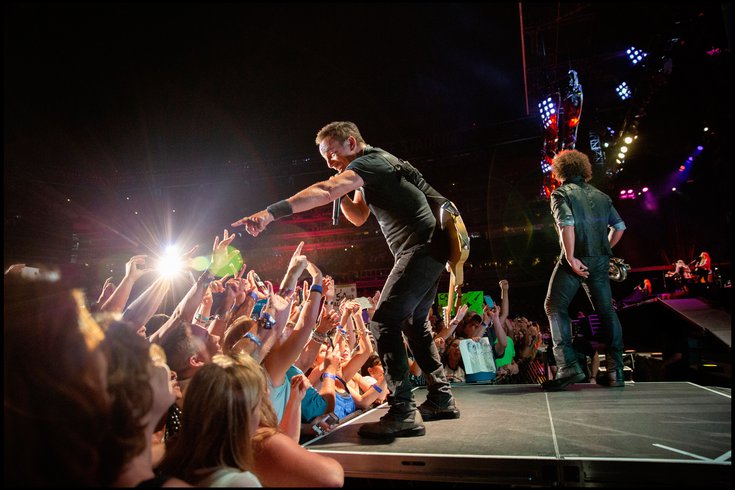 Bruce Springsteen and The E Street Band have announced 31 United States dates for their 2023 international tour, including a stop in Philadelphia at the Wells Fargo Center on March 16.

Bruce Springsteen and the E Street Band will perform at the Wells Fargo Center in Philadelphia on March 16 as part of the United States leg of their 2023 international tour.

The New Jersey native's U.S. shows kick off Feb. 1 in Tampa, Florida, and finish with an April 14 homecoming concert in Newark. Then, Springsteen and the E Street Band head off to Europe. So far, 31 U.S. dates have been announced.

This marks the first tour by "The Boss" since The River Tour in 2016-2017. The River Tour was named 2016's top global tour by Billboard and Pollstar.

Springsteen last performed in Philadelphia on Sept. 9, 2016 at Citizens Bank Park. The show lasted 3 hours and 47 minutes. Two days earlier, he played for 4 hours and 4 minutes in South Philly – his longest U.S. show ever.

Springsteen and The E Street Band released their most recent studio album, "Letter To You," in October 2020. It was their first time recording an album in which the entire band played live together in the studio. The album debuted at No. 1 in 11 countries. 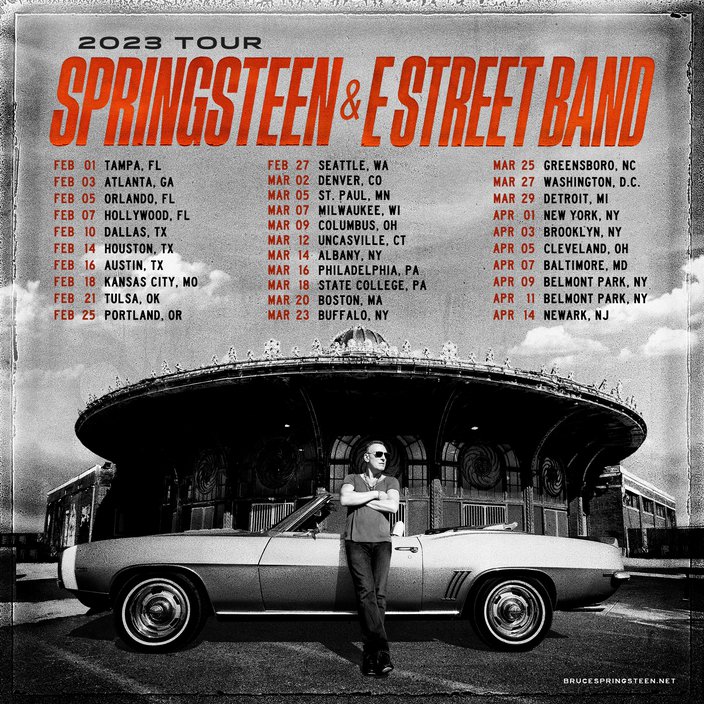 Dates for the European leg of the tour were announced in May, and so far more than 1.2 million tickets have been purchased. Many European cities have added second and third shows due to popular demand.

Once the European dates finish in July 2023, Springsteen and The E Street Band are expected to begin a second North American tour leg in August 2023. Details on those dates have not been announced.

Tickets for the March 16 show in Philly can be purchased online through the Wells Fargo Center website beginning Tuesday, July 26, at 10 a.m.