The Reading-born singer signed onto the film in June 2021; The period drama hits theaters Nov. 4 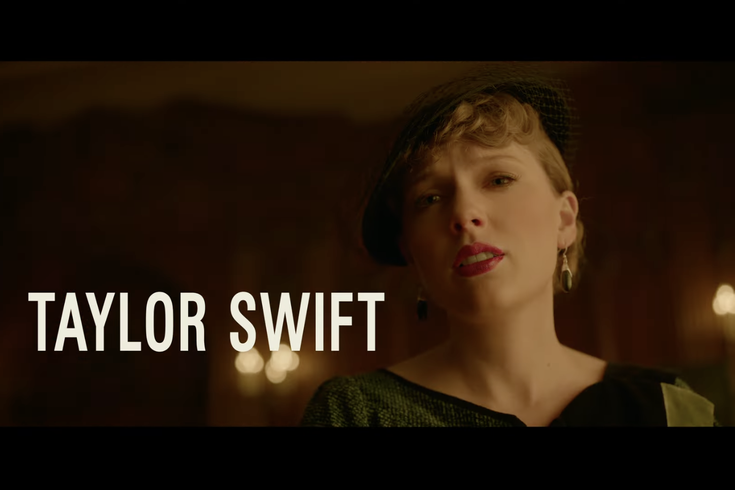 Taylor Swift is one of more than a dozen actors in David O. Russell's latest film, 'Amsterdam.' The trailer for the film was released by 20th Century Studios on Wednesday, and the star-studded film makes its theatrical release on Nov. 4.

Reading native singer-songwriter Taylor Swift is one of more than a dozen actors featured in Wednesday's teaser trailer for "Amsterdam," David O. Russell's most recent film since 2015's "Joy."

The project was first announced in 2020 and has largely remained shrouded in mystery, but film buffs got a first look at this year's CinemaCon in Las Vegas back in April. At the event, Disney theatrical executive Tony Chambers revealed the title and synopsis of the film: an "original story" of three friends who become prime suspects in a 1930s murder.

The trio is made up of a doctor, a nurse, and an attorney, played by Christian Bale, Margot Robbie, and John David Washington, respectively. Each are featured heavily in the two-minute trailer, though audiences may be able to catch a glimpse of their favorite actor's title card by the end of the teaser.

While many of the intricate details of the film still have yet to be released, fans of Russell's other movies may see some familiar faces in the celebrity-rich cast.

The trailer opens with Bale, Robbie, and Washington watching as a dead body is wheeled into an empty room. An exasperated Chris Rock tells Washington that there's an "old white man in a box, not even a coffin," and suggests that Washington will be blamed for it, rather than his two white friends. But the trio appears to remain loyal to one another.

"You don't get here without things starting a long time ago," said Bale's character. "So two soldiers and a nurse found ourselves in ... Amsterdam."

The teaser promises that "a lot of this actually happened," and notes that the three friends made a decision that altered the course of American history.

Russell is a native to New York City, but he's pretty well known throughout the Philly region, having filmed some of his most popular films in Pennsylvania and New Jersey. He's also worked with other actors from the area, including Montgomery County native Bradley Cooper, who starred in 2011's "Silver Lining's Playbook."

2013's "American Hustle," also starring Bradley Cooper, was set in New Jersey in 1978, and is partially based on Abscam, the real-life FBI sting operation that implicated several public officials in New Jersey, as well as some members of Philadelphia's City Council.

As for Taylor Swift, "Amsterdam" will be the singer-songwriter's first feature film since 2019's live-action remake of "Cats," where she starred alongside James Corden, Jennifer Hudson, and Idris Elba in a film that was widely lamented by critics before and after its release.

Since then, the pop singer has released two original studio albums and two albums from her discography as she continues to seek ownership of her own master recordings, which were purchased by Scooter Braun when he acquired Big Machine Records in 2019.

Swift spoke at this year's Tribeca Film Festival about the "All Too Well" short film, and her desire to direct a feature film of her own one day. Her music has also made the rounds on the big screen, as her latest song, "Carolina," was featured in "Where The Crawdads Sing."

You can check out the official trailer for "Amsterdam" below, and can catch the film in theaters nationwide on Nov. 4.