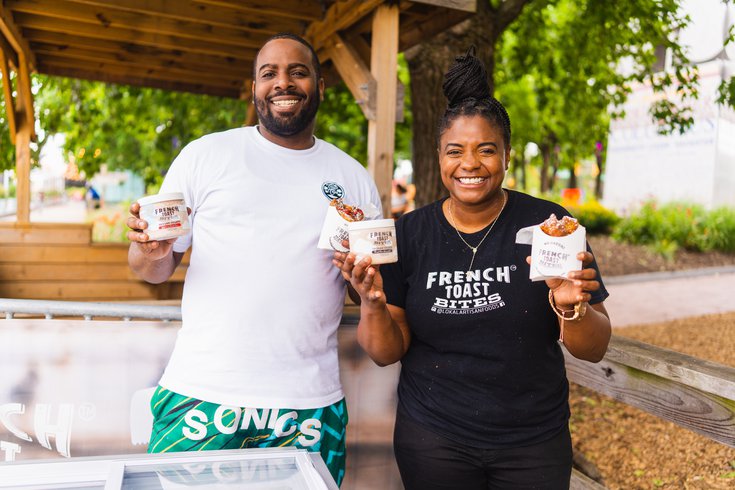 McGill, 39, is a Temple graduate who started her business after an investment from her daughter's lemonade stand. She expanded during the COVID-19 pandemic, partnering with companies like Yards, Doylestown Brewing Co., and Bean2Bean Coffee Company to reach a wider audience with her signature bite-sized snacks.

Thomas and McGill met through a mutual friend and the two quickly wanted to collaborate, testing out recipes for the gelato using McGill's French Toast Bites and signature spice mixture. The National Ice Cream Month celebration allows both Black-owned businesses to continue their recovery efforts after the public health crisis.

"French Toast Bites has evolved so much over the past few years from just being a street food," McGill said. "During the onset and height of the pandemic, I had to partner and pivot our way through it by extending the product line. The energy behind the products have inspired new products, like now the gelato. I am proud to partner with a fellow Black-owned business." 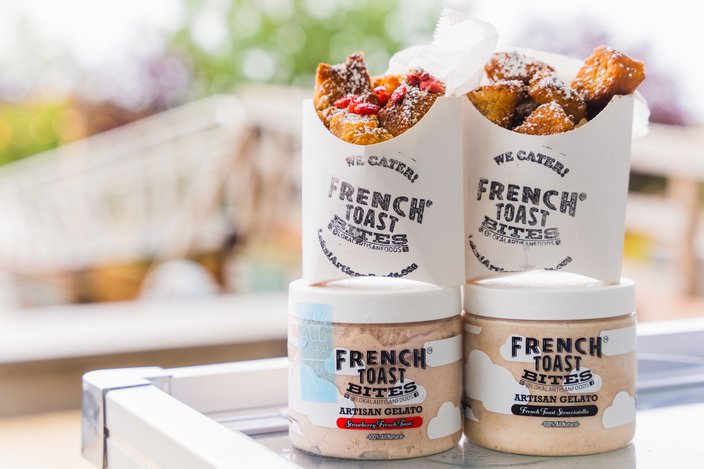 French Toast Bites Gelato comes in two flavors — strawberry and stracciatella — and is made with real French Toast Bites mixed in. The collaboration is the product of mutual friendship and adoration of two Black-owned businesses as they continue to recover from the economic impacts of the COVID-19 pandemic.

In addition to McGill's signature sweet treats mixed directly into the recipe, French Toast Bites gelato is available in two different flavors – strawberry and stracciatella. It's comes served in scoops, cones and pints, and can also be purchased online.

The flavors mirror the most popular ways customers typically enjoy McGill's French Toast Bites, with strawberry and chocolate infused into the gelato recipes.

McGill, who graduated from St. Joseph's Haub School of Business in May with an MBA in Food Marketing, has been expanding her small business since she started it more than three years ago.

After debuting French Toast Bites at the Made in Philadelphia Market, she began selling the spice mixture in 2019, which is now sold in several grocery stores.

Though McGill was upset by the news of the first COVID-19 lockdowns, 2020 was anything but ordinary for her business. She helped organize and became the first paid vendor on Black and Mobile, a Black-owned food delivery app.

She hosted pop-ups and sent out direct deliveries with Better Box when her typical farmers' market and outdoor street fair lineup wasn't available.

McGill was also one of 60 people to earn a grant from Black People Eats. She later became the first Black female operator at Spruce Street Harbor Park, which houses one of French Toast Bites two brick-and-mortar locations.

The summer 2020 protests throughout Philadelphia earned Lokal Artisan Foods more than $34,000 in grants, forgivable loans, and other donations between June 15 and the end of September 2020, the Philadelphia Business Journal Reported.

More information about Lokal Artisan Foods and Cloud Cups can be found on the businesses' Instagram accounts. Vendors for French Toast Bites Gelato are set to be announced through the month.