Joe's Steaks, the shop that once had a racial slur in its name, to close Northeast Philly location after 73 years

The business's Fishtown location will continue as its flagship, owner Joseph Groh said 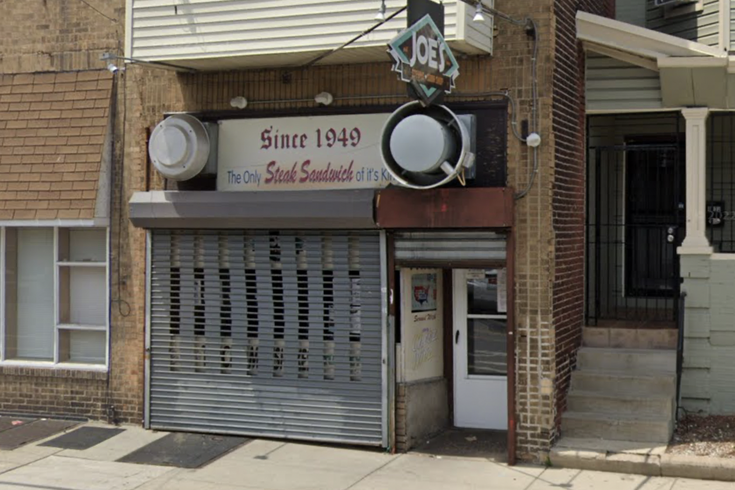 Joe's Steaks & Soda Shop opened at 6030 Torresdale Ave. in Northeast Philadelphia in 1949. The original restaurant will close over Labor Day weekend. The Fishtown shop, which opened in 2015, will continue as the flagship.

The popular Joe's Steaks & Soda Shop in Northeast Philadelphia, known for decades as Chink's before public outcry over its racist name sparked an eventual rebranding, will close for good during Labor Day weekend.

Owner Joseph Groh, who has been involved with the restaurant for 43 years, shared the news Friday on Facebook. The business's busy second location on Girard Avenue in Fishtown will to continue to operate as normal.

"As you know, the last couple of years have been unprecedented for many small business owners — we pivoted at every turn and could not have done it without the loyalty of our team members, neighbors, and patrons," Groh said. "We hope you will all join us in saying good bye to our beloved home in Wissinoming which will close on Saturday September 3rd."

The original business at 6030 Torresdale Ave. is nestled into an otherwise residential block. It was opened after World War II by the late Samuel Sherman and had a 1950's-style decor with miniature jukeboxes in its booths. Groh joined the business in 1979 and later purchased the shop in 1999.

For years, the restaurant resisted public pressure to change its original name, a slur for people of Asian descent. The shop used to sell T-shirts with the name written in baseball-style cursive.

When Asian-American groups learned that the restaurant's name referenced a nickname given to Sherman, who was a white man, calls for change intensified and were met with backlash from defenders of the business's legacy.

Groh ultimately decided to rename the business in 2013 before expanding it to Fishtown two years later. He noted that the restaurant's name was never intended to be associated with a racial slur, but understood that it was offensive nonetheless.

"It is very important to me, my family and the entire staff that we no longer inadvertently alienate anyone in the Philly community," Groh said at the time.

The restaurant on Torresdale Avenue has been operating with reduced hours and staff over the last two years. The business in Fishtown sits at one of the neighborhood's busiest intersections, Girard and Frankford avenues. It's one of only a few dedicated cheesesteaks spots in the immediate area.

Groh wrote on Facebook that he's eager to grow the business in Fishtown and will spend more time with his family when the Northeast Philly shop closes later this year.

"For now, I will be focusing on exciting new revenue streams, like the incredibly popular Goldbelly partnership that gives us the ability to ship our ’steaks nationwide — and actually taking a day or two off each week in order to spend more time with my adorable grandchildren," Groh said.