The rapper will manage his own career, but says he remains on good terms with the company 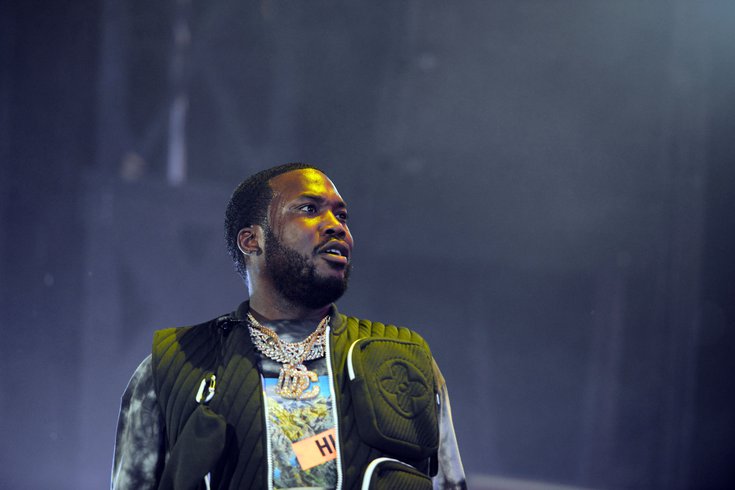 Meek Mill left his management company, Roc Nation, so that he can manage his own career, the rapper says.

Meek Mill has left Roc Nation Management, the talent agency and media company that has represented him since 2012.

The split was first reported by Billboard on Monday. By then, the Philadelphia native had been removed from the company's website and social media pages.

MORE CULTURE: Exhibit at Academy of Natural Sciences to explore how humans impact the world's oceans

While Mill will be managing his own career for the time being, he will maintain many of his business ties with Roc Nation, which was created by rapper Jay-Z in 2008. Mill tweeted that he and the company are still on good terms.

"I'm personally handling my own business so I can take risk and grow," he said. "We came to that agreement together."

All I seen today was meek and roc part ways …I’m personally handling my own business so I can take risk and grow ..we came to that agreement together..I have a label deal with roc for my artist and I got reform super tied with them and many other investments wit jigga https://t.co/y36jgmBQJz

He added that he's still involved with Dream Chasers Records, a Roc Nation imprint he started in 2019, and has other investments with Jay-Z.

The two rappers still run the Reform Alliance together. They created the nonprofit organization with Sixers' owner Michael Rubin in 2019 to fight unjust sentencing laws after Mill was controversially incarcerated for more than a year over probation violations.

But Mill has expressed discontent with his label Atlantic Records lately, claiming it failed to promote "Expensive Pain," his most recent album. It was released last year on Atlantic's Maybach Music Group imprint, which is run by Atlanta rapper Rick Ross.

"They didn't put nothing into expensive pain and then said I can't drop another project for 9 months at the end of my contract after I made them 100's of millions," Mill tweeted.

They didn’t put nothing into expensive pain and then said I can’t drop another project for 9 months at the end of my contract after I made them 100’s of millions ….. how would can anybody survive that … most rappers can’t speak because they depend on these companies “ I don’t”

Initially, some interpreted the tweet as a slight to Roc Nation and MMG, as well, but yesterday Mill clarified that it was only directed at Atlantic.

"Roc Nation is my family," he tweeted. "Don't mix my post aimed at Atlantic mixed up with roc or MMG… They ain't stop nothing I'm doing."

Mill has been a mainstay in the American rap scene for more than a decade, but he became a household name in 2017 when he was sentenced to two to four years in prison for probation violations related to a 2008 gun charge.

In 2017, he also got into an altercation with a fan at an airport in St. Louis (the charges were later dropped) and was arrested for popping a wheelie in New York City.

Rappers and social justice advocates decried the punishment as particularly harsh and used it as a rallying cry in their push for probation reforms.