'Only the Strong Survive' is due out in November; the announcement was coincided with the release of a video of The Boss singing Frank Wilson's 'Do I Love You (Indeed I Do)' 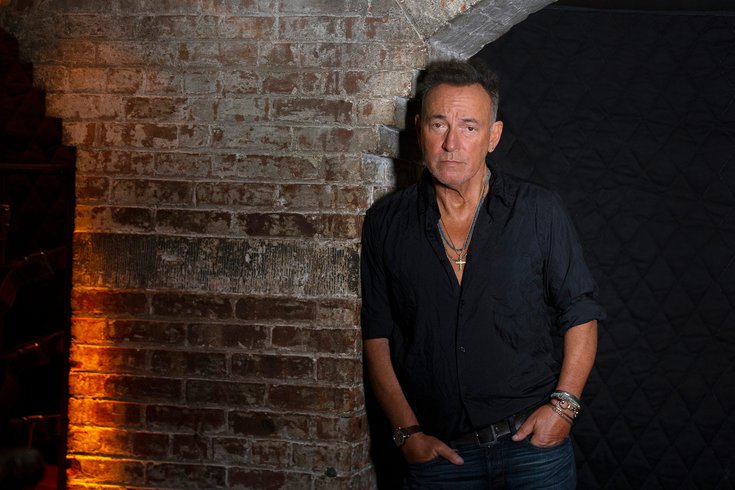 Bruce Springsteen announced his upcoming 21st studio album, 'Only The Strong Survive,' a collection of soul covers from beloved artists of the 1960s and 1970s. The album will be released on Nov. 11.

Bruce Springsteen is preparing for the upcoming release of his 21st studio album which features a collection of soul covers originally sung by beloved artists of the 1960s and 1970s.

"Only The Strong Survive" will be released on Nov. 11 and is currently available for pre-order. In addition to the album announcement, the artist released a music video for his cover of "Do I Love You (Indeed I Do)," which was originally performed by Frank Wilson in 1965.

This is not the first time the legendary songwriter has taken a page (or several) out of someone else's songbook. He noted in his video announcement that the most recent project featuring non-Springsteen material is 2006's Grammy Award winning album "We Shall Overcome: The Seeger Sessions." The record contains his interpretations of 13 folk songs made popular by singer and social activist Pete Seeger, who passed away in 2014.

Springsteen recorded a full album's worth of cover songs in 2020, shortly after the release of "Letter to You" with the E Street Band. When that album — which was recorded during the COVID-19 lockdowns — was completed, Springsteen opted not to release it, claiming "that's how I roll."

After his second attempt at recording other artists' music, he discovered a theme that he wanted to explore for his 21st studio album — focus on his voice, rather than on the arrangements, melodies and constructions of each song.

"I wanted to make an album where I just sang," Springsteen said. "And what better music to work with than the great American songbook of the 60's and 70's? I've taken my inspiration from Levi Stubbs, David Ruffin, Jimmy Ruffin, the Iceman Jerry Butler, Diana Ross, Dobie Gray, and Scott Walker, among many others."

Springsteen is set to embark on his 2023 Tour with the E Street Band, which kicks off in Tampa, Florida this February. The musician heads to the Wells Fargo Center on March 16 and will perform at the Bryce Jordan Center in State College on March 18.

Tickets for Springsteen's first live performances since The River Tour in 2016-2017 went on sale – and promptly sold out – on July 26. The ticket-buying process proved to be a difficult venture for plenty of The Boss' hardcore fans and led to widespread controversy over priciness and inaccessibility of online ticketing sites.

The full tracklist for "Only The Strong Survive," which was recorded at Thrill Hill Recording in Monmouth County, New Jersey, is listed below. The collection features hits and hidden gems from artists like The Supremes, The Commodores, Aretha Franklin, The Temptations and Jimmy Ruffin.

"I've tried to do justice to them all — and to the fabulous writers of this glorious music," Springsteen said. "My goal is for the modern audience to experience its beauty and joy, just as I have since I first heard it. I hope you love listening to it as much as I loved making it."

Check out the music video for Springsteen's cover of "Do I Love You (Indeed I Do)," which is available to purchase or stream now.