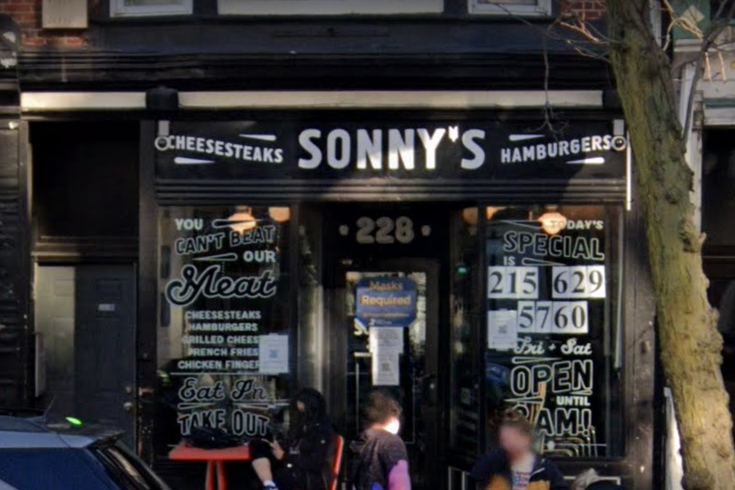 Sonny's Famous Steaks in Old City and Ristorante Pesto in South Philadelphia were named among the top-rated restaurants in the United States by Tripadvisor in its 2022 review-driven restaurant rankings.

An Italian restaurant in South Philadelphia and a cheesesteak joint in Old City were included among the best dining destinations in the United States as part of Tripadvisor's Traveler's Choice Award series.

In the annual rankings released on Tuesday, Ristorante Pesto came in at No. 3 in the "Everyday Eats" category, which represents places with great food that doesn't break the bank. Owned by Giovanni and Concetta Varallo, it has been serving traditional Italian fare along South Broad Street since 2003.

Ristorante Pesto rose slightly on this year's list – it came in at No. 5 in 2021. The restaurant's large menu is comprised mostly of veal, pasta and seafood dishes.

Sonny's Famous Steaks was recognized by the travel site for the first time. It was ranked at No. 15 in the "Quick Eats" category, which showcases popular spots that offer casual fare on-the-go. The shop opened on the 200 block of Market Street in 1999, just a few blocks from the Liberty Bell.

Sonny's has been frequently ranked among the best cheesesteak spots in the city, including taking the top spot in GQ's 2014 ranking. For those who aren't big fans of Philly's signature dish, there are plenty of other options to choose from, like burgers and grilled cheeses.

Other popular restaurants like Vedge and Zahav — which were included in the 2021 ranking — were absent from the list this year.

"Dining out is an internationally beloved pastime: for many restaurant-goers, it's frequenting their favorite neighborhood eatery and for others, it's snagging a table at a top-rated restaurant on vacation," said Lauren Murphy, vice president and general manager of hospitality solutions at Tripadvisor. "More than half of consumers in a recent survey told us that food is the most exciting component of their trip."

Tripadvisor's rankings were based on ratings and reviews from July 1, 2021 through June 30, 2022. Each listing comes with snippets from reviews posted on the website, along with options for additional dining, lodging and activities near the location.

No Philadelphia restaurants were included in any of Tripadvisor's other restaurant categories, including "Fine Dining," "Date Night" and "Hidden Gems."

Still, some Pennsylvania eateries got a lot of love, including Tatiana's Restaurant serving Eastern European cuisine in Mechanicsburg and Finelli's Italian Villa in Altoona.

Earlier this month, The New York Times included Gabriella's Vietnam in South Philadelphia and Andiario in West Chester among its top 50 best restaurants in the country.

Bon Appetit also recently named a few places in the city to its top 50 best new restaurants. Her Place Supper Club in Rittenhouse, as well as Irwin's Upstairs and Korshak Bagels in South Philly, made the list.