The newspaper's annual list highlights its writers 50 favorite places to eat in the U.S. 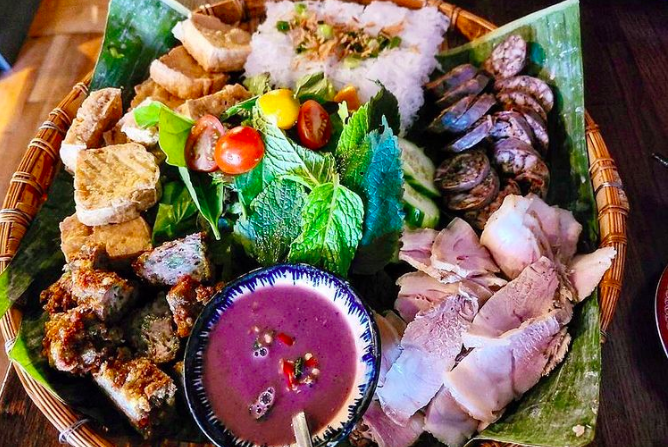 Two restaurants from the Philadelphia area, Gabriella's Vietnam in East Passyunk and Andiario in West Chester, were included in the New York Times' 2022 list of the top 50 restaurants in the U.S.

A South Philly restaurant that serves authentic Vietnamese food and a farm-to-table spot in West Chester were included among the New York Times' top 50 restaurants of 2022.

Nguyen's restaurant, at 1837 E. Passyunk Ave., opened in February 2021, and it is known for unique dishes like water fern dumplings topped with crackled pork and shrimp and catfish hot pot.

"The presentation of the food here is as thrilling as the flavors," the Times writes. "The restaurant is minimally decorated - perhaps because the food does all the talking."

Nguyen immigrated to the United States and studied biochemistry at the University of Pennsylvania before ultimately finding a career in the restaurant industry. The chef returns to Vietnam every year to try her homeland's latest dishes and find new inspiration for Gabriella's Vietnam's menu.

Andiario in West Chester, is an Italian restaurant that creates its dishes using local meat and produce. Chef Tony Andiario opened the restaurant with his wife Maria van Schaijik in 2017 after they moved back east from Phoenix, Arizona.

"Italian restaurants are popular vehicles for showcasing regional ingredients," the Times writes. "Andiario takes things a step further, persuading diners to believe, at least over the span of a meal, that there are few places better situated for cooking Italian food than this college town 30 miles west of Philadelphia."

The newspaper highlights Andiario's Pennsylvania guinea hen in a cream sauce with mushrooms and the chestnut crepes topped with porchetta, but the restaurant's prix-fixe menu changes on a weekly basis.

Korshak more recently was included in Bon Appetit's 2002 list of the 50 best new restaurants in the United States, which was published earlier this month. Her Place Supper Club in Center City and Irwin's Upstairs in East Passyunk also were included in the rankings.

NOTE: Headlines and portions of this article were edited after it was published.