I did it all for the ... Fred Durst? Limp Bizkit frontman to host Halloween party at Moshulu

The 21+ event on Oct. 22 will feature scare actors and plenty of nu metal music 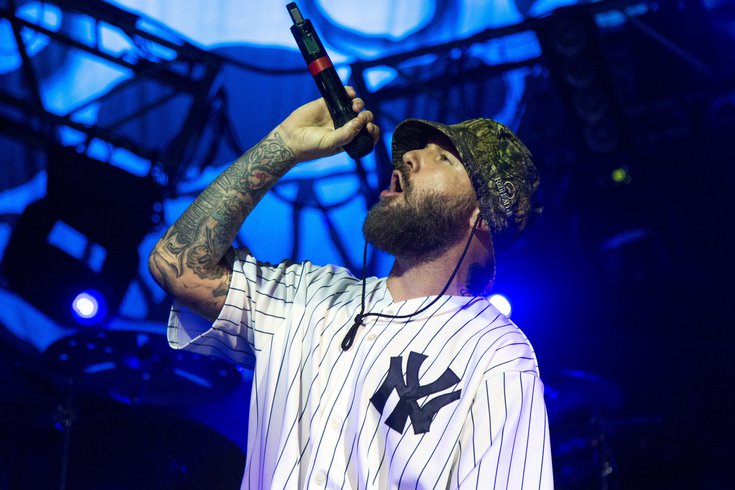 Limp Bizkit frontman Fred Durst is hosting “Freddy D’s House Party of Horrors” on Saturday, Oct. 22 from 10 p.m. to 2 a.m. The 21+ Halloween party is being held aboard the Moshulu at Penn's Landing.

The Limp Bizkit frontman is hosting “Freddy D’s House Party of Horrors” aboard the Moshulu, a historic boat docked at Penn’s Landing, on Saturday, Oct. 22 from 10 p.m. until 2 a.m. Attendees must be at least 21 years old and tickets are on sale now starting at $40.

The event is being organized by Sad and Boujee, a Philly-based company that hosts 2000s-themed dance parties. It will feature scare actors from Valley of Fear and a playlist with Halloween favorites, as well as throwback tunes from the nu metal era.

Sean Salm, owner of Sad and Boujee, said he and Durst connected and became friends when the music industry came to a halt during the COVID-19 pandemic.

Philadelphia is a good spot for a nu metal-themed event, given the number of dedicated underground rock fans in the city. Many have moved here over the last decade for the thriving network of live music venues and relatively cheap rent.

Although some scenesters first got into heavy music through accessible nu metal acts like Limp Bizkit, in the 2000s and 2010s many came to loathe the band, due in part to Durst’s immature lyrics, macho persona and frequent antics. However, that attitude has shifted in recent years as people have become more nostalgic for the 2000s.

“Still Sucks,” Limp Bizkit’s first album in more than a decade, came out last Halloween. The party is in part a celebration of its one year anniversary, Salm said.

“Kerrang!” gave it four out of five stars, Metal Injection gave it a 7.5 and Loudwire named the album’s lead single “Dad Vibes” the best rock song of the year.

“It's an album that manages to capture that classic Limp Bizkit mood without sounding like a bunch of older guys trying to be raucous kids again,” Metal Injection’s Craig Kennelty said.

The well-planned, meme-oriented marketing Durst used to make his public comeback in the run-up to the album’s release was also very successful, said Philadelphia rock concert promoter Jayce Williams of 4333 Collective. Those skills were a big part of what made him famous in the first place.

Last July, the frontman, long known for his signature backwards red baseball cap and suburban gangsta aesthetic, posted pictures of his completely new look. He had transformed into a silver fox, hipster dad who wouldn’t seem out of place in a trendy bar in Fishtown.

This came just days before the band’s set at Lollapalooza where they debuted “Dad Vibes.”

The band also likely got a boost from two recent Netflix and HBO documentaries about the Woodstock ‘99 festival.

Limp Bizkit played a set at the concert, which marked the 30th anniversary of the infamous 1969 festival. After the it went off the rails, many held Durst and the unbridled aggression his band trafficked in responsible for the intense riots that ended the event.

But for Limp Bizkit’s youngest fans, the festival is ancient history.

Over the summer, the band and other metal acts that played Woodstock '99, including Korn, Metallica and Rage Against the Machine, have seen a surge in popularity online – particularly among members of Gen Z.

“Heavy music is in the mainstream again,” Williams said.