The former rideshare driver, who won 16 games earlier this year, was honored by Philadelphia Mayor Jim Kenney ahead of the upcoming competition 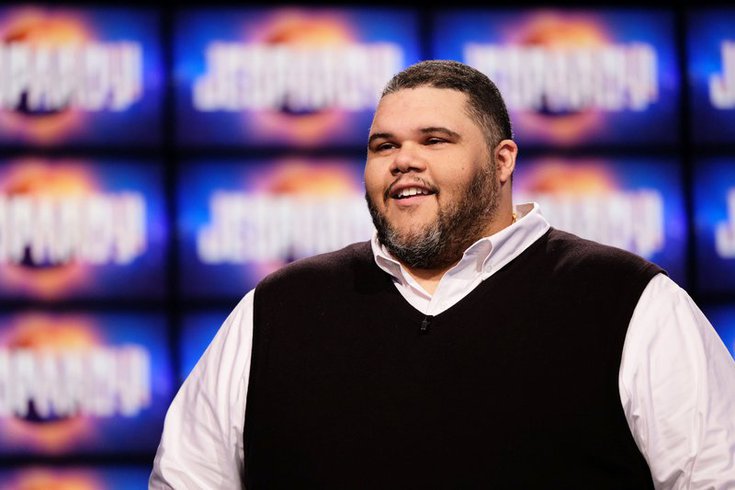 Philadelphia native Ryan Long, a 16-time "Jeopardy!" winner, was honored by Mayor Jim Kenney for his accomplishments on the popular game show. Long will compete in the show's 'Tournament of Champions' beginning Oct. 31.

"Jeopardy!" superstar Ryan Long received a miniature Liberty Bell from Philadelphia Mayor Jim Kenney on Tuesday in honor of his achievements on the popular game show.

The Mt. Airy resident won 16 "Jeopardy!" games earlier this year, the ninth longest winning streak in the show's history. He earned just under $300,000 amid a stretch of episodes that extended more than two weeks.

MORE: Quinta Brunson jokes that she 'might punch' Jimmy Kimmel for stunt during her Emmy win for 'Abbott Elementary'

During a formal ceremony at City Hall, Kenney called Long a "hometown hero" and presented him with a ceremonial model of the Liberty Bell, WHYY reported.

Long, a former rideshare driver, said he's not a very public person, and was "hounded by his mother" to receive the mayoral honor. Afterward, he took to Twitter to reminisce on the last time he made a trip to City Hall, and how much his life has changed.

Life is funny…last time I was down City Hall, I was living with my brother when I tried (and failed) to prevent the sheriffs sale of his foreclosed house. Now I’m down here shaking the Mayor’s hand and getting the key (well, Liberty Bell) to the city. Ka is a wheel… #jeopardy pic.twitter.com/piue7QQUvd

Long had unsuccessfully tried to prevent a sheriff's sale of his brother's foreclosed house, where he was living, he tweeted. But on Tuesday, he was on hand to shake the mayor's hand and receive a "key" to the city.

Long's life has changed quite a bit over the last year. His "Jeopardy!" success came during a tough period in his life. He was hospitalized for weeks due to COVID-19, forcing him to leave his job as a SEPTA paratransit driver. To make ends meet, he became a driver for Uber and Lyft.

Long will have an opportunity to compile another winning streak in the upcoming "Tournament of Champions," when this year's top competitors face off to determine the best of the best. The tournament kicks off Oct. 31.

The format for this year's competition includes changes from previous iterations. Along with 19 already-announced all-star players, there will be two alternate contestants. Emily Fiasco, who won three games for a total of $87,000, is one of the alternates. The other has not yet been revealed.

It also will feature three seeded players who automatically advance to the semifinal round. They are Amy Schneider (40 wins), Matt Amodio (38 wins) and Mattea Roach (23 wins). These players are "so far ahead of the curve" that they were kept out of the quarterfinals to even the playing field, Executive Producer Michael Davies said on the "Inside 'Jeopardy!'" podcast.

Though Long will face a tough field of competitors, Kenney told him that the "city will tune in and cheer you on as you progress through the tournament."

Ryan Long, Philadelphia resident & @Jeopardy champion, joined us at City Hall as @PhillyMayor presented him with the City’s Liberty Bell for his 16-game wins & wishing him well as he returns to Jeopardy this fall for the Tournament of Champions! Best of luck @blirish_charm pic.twitter.com/CZzHxteJUs

Hess wished Long well on Twitter and shared photos of herself and Kenney as they presented him with his awards.

Fans previously worried about Long's health due to his comments in Philadelphia Magazine about suffering from memory loss after battling COVID, but that doesn't seem to be affecting his plans to travel to California to film the tournament.

Long told WHYY that he's looking forward to enjoying the trip and that it will be his son's first time in California. Despite gearing up to face some tough competition, Long first must face another monumental and, for many people, relatable task – helping his child settle in to a new school year.