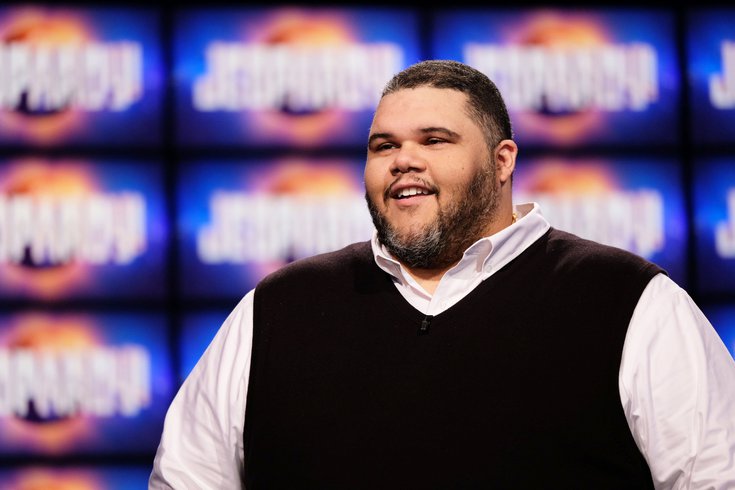 Ryan Long's tenure on "Jeopardy!" ended Monday night, but not before he secured the show's ninth-longest winning streak of all time.

The Mt. Airy resident won 16 games, earning more than $300,000, over a stretch that extended more than two weeks.

Long, a rideshare driver, thanked his supporters and fellow contestants in a series of tweets shortly after his final appearance aired.

"Sometimes it seems like society puts you in a box, and you are classified as a certain thing with a certain destiny, even though you may feel differently inside," he said.

"For the longest time, I didn't believe that a person could really break out of that box. But I feel like this thing that just happened is proof that you can."

"Of the Argonauts seeking the Golden Fleece, these two from the same family were from Sparta, according to Homer," host Mayim Bialik said.

Long thought the answer was Agamemnon and Menelaus, but the correct response was Castor and Pollux, which Ahasic provided.

Still, this isn't the last time Long will appear on "Jeopardy!" He'll return for the "Tournament of Champions" in the fall, when he'll face off against the most successful contestants of the year.

Long's winning streak followed a rough patch in his life. He was hospitalized for three weeks with a serious case of COVID-19 in January 2021. Following this, he had to quit his job with SEPTA, which is why he was driving for Uber and Lyft to make ends meet.

He first applied to be on the show more than a year ago. It was a lifelong dream, since Long grew up watching "Jeopardy!" with his parents in their University City home.

When he was a kid, winning streaks were capped at five nights, a rule that was lifted in 2003. Despite his personal streak, Long said he wishes this policy was still in place.

"It's just nice to get different people on," he said. "I like variety."

Long is a graduate of George Washington High School in the Northeast and completed one year of community college. This background sets him apart from many of the show's other contestants, who often have advanced degrees.

Along with his voracious reading habits, Long said his deep knowledge of sports and movies, two areas he said are weaknesses for most "Jeopardy!" contestants, allowed him to succeed.

Long doesn't have many firm plans now that his tenure on "Jeopardy!" is over, but he does plan to take his son Nathan, 8, on a fishing trip.