The limited-release opportunity will be accepting entries until 5 p.m. on Friday, June 10 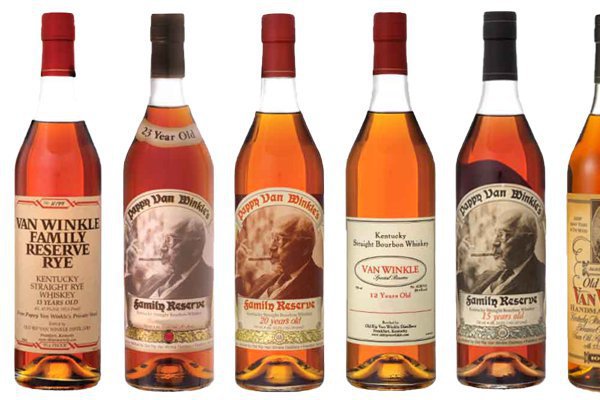 Whiskey drinkers in Pennsylvania soon will have a chance to get their hands on some rare bottles, including Van Winkle bourbon from Kentucky's Buffalo Trace distillery.

The Pennsylvania Liquor Control Board is holding a series of five limited-release lotteries that include 183 bottles of rare whiskey, state liquor officials announced on Monday.

Pennsylvania residents and licensees of legal drinking age can enter one or more of the lotteries until 5 p.m. on Friday, June 10. The PLCB will notify all winning and non-winning entries by email in the following weeks.

Resale of any products won in the lotteries is prohibited under the terms of entry and violations will result in disqualification from future lotteries, PLCB officials said.

The Van Winkle lottery consists of bourbon bottles that were received by the state to replace damaged ones, which made the liquor hard to come by. There also are Pappy Van Winkle bottles from the previous lottery that were never awarded and will be included in the new lottery. The distillery had fewer bottles of the 10, 12 and 15-year-old products due to lower barrel yields.

There is a limit of one bottle per winner for purchase in the Van Winkle lottery. Winners selected in one drawing will be removed from all subsequent drawings in the lottery.

The following bottles will be included in the Van Winkle lottery:

The four other whiskey lotteries are being held separately and will also restrict winners to one bottle for purchase from each drawing. The lotteries are as follows:

Lottery drawings will be witnessed by an independent third party and winners will be selected at random by a computer program. Those who enter the lotteries should keep an eye out for emails to determine whether they've won the right to buy a bottle.