The owners hope to have their business open by Labor Day. In addition to the bar, there will be a full menu of pub fare, much of which will be prepared in a wood-fired pizza oven. 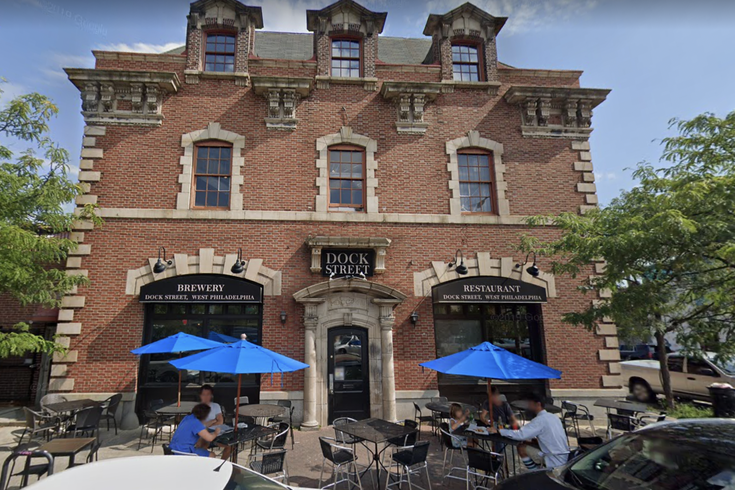 Carbon Copy, a brewery and winery, will move into the former Baltimore Avenue fire station which has housed the Dock Street Brewing Co.'s West Philly location for 15 years.

A new destination for local beer and wine will take over the former Baltimore Avenue fire station which has housed the Dock Street Brewing Co.'s West Philadelphia location for 15 years.

As Dock Street's bartenders serve their last round of drinks this weekend, the minds behind Carbon Copy – a Philadelphia brewery and winery – are getting ready to move in at 701 S. 50th St.

Kyle Wolak and Brendon Boudwin started the company in 2020 after they left Tired Hands Brewing Co. in Ardmore, a release says. Together, they have two decades of experience in the food service and craft brewing industries.

Carbon Copy's beers will be made in house at the old fire station while their wines will be fermented at a Philadelphia warehouse in a different neighborhood.

The menu will feature traditional pub fare, much of which will be cooked in a wood-fired pizza oven.

Wolak and Boudwin hope to have their brewery, bar and restaurant up and running by Labor Day, the Inquirer reports.

“Our goal is to build a community around quality and consistent beer and wine while being an active member of our neighborhood,” Wolak said.

Carbon Copy's name is a tongue-in-cheek reminder for the owners to follow their own path and a reference to their environmental efforts, which include a plan to purchase carbon offsets as the company grows.

Wolak and Boudwin have big shoes to fill on Baltimore Avenue, as Dock Street was the first modern craft brewery in Philadelphia when it was founded in 1985. But Dock Street's co-owner Rosemarie Certo is sure the new occupants are up to the task.

"There will be a talented duo taking over Dock Street’s space," she said "They are young, ambitious, hardworking, and kind… We can’t wait for you to meet them and to welcome them to the community."

Dock Street moved into the firehouse in 2007. It also opened a new location on Washington Avenue in Point Breeze in 2019, which will remain in business.

To commemorate the company's 15 years at the firehouse, Dock Street has launched a limited edition line of t-shirts, tank tops and sweatshirts with an image of the building. They're available for purchase online.