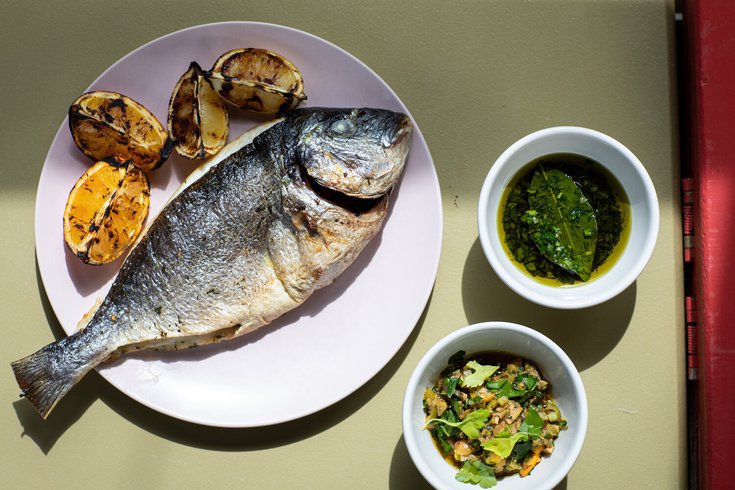 Irwin's Upstairs, the Sicilian restaurant on the eighth floor of the Bok Building, is one of three Philadelphia restaurants included on Bon Appétit's 50 Best New Restaurants of 2022 list.

The restaurant industry has stormed back from the dark depths of the COVID-19 pandemic, when thousands of businesses shuttered amid uncertain times in the culinary world. The public's appetite not just for dining out, but also for trying new cuisines, has encouraged entrepreneurs and chefs to take swings on new concepts and capitalize on that wave of enthusiasm.

On Thursday, Bon Appétit released its 2022 list of the best new restaurants in the United States. The magazine's list includes three in Philadelphia: Her Place Supper Club, Irwin's and Korshak Bagels.

Amanda Shulman's Rittenhouse supper club features a tasting menu that changes weekly, and sometimes daily. The reservation-only restaurant strives for a dinner party atmosphere, but's it not easy getting a seat. Currently, Her Place caps parties at six and has has two regular seatings at 6 p.m. and 8:30 p.m. Here's what Bon Appétit had to say:

With just two seatings of 24 diners per night and an "open sometimes" set of hours, a seat at Amanda Shulman's dinner party-style restaurant is hard to come by. Reservations open every other Sunday at 6 p.m., and sell out in minutes. But the meal is completely, unquestionably worth the trouble. Shulman, a veteran of Marc Vetri's empire, serves up whimsical, complex yet comforting set menus that feel as deeply personal as they are expertly executed, with strong Italian, French, and Jewish influences. Snagging a reservation may be a struggle, but a meal here is pure, unbridled joy.

800 Mifflin St., inside the Bok Building

The Bok Building in South Philadelphia seems to get better and better every year, with creative new businesses and spaces taking up residence at the historic art deco school building. Irwin's Upstairs, led by Chef Michael Ferreri, opened on the eighth floor in 2018 and has became a favorite of diners and food critics. Esquire last year put the Sicilian restaurant on its list of the best new restaurants in America, praising the romance of the graffitied dining room.

Here's what Bon Appétit had to say:

Chef Michael Vincent Ferrari made his name cooking nonna-perfect pasta at Res Ipsa Cafe in Center City Philadelphia. Now, at Irwin's, the gorgeous modern Sicilian restaurant he opened on the 8th floor of the BOK Building, he has a perch befitting his lofty ambitions. Every plate that hits the table – be it a seasonal vegetable caponata, transcendent plate of chewy handmade trofie, or sticky agrodolce chicken – positively sings, dancing on the razor's edge between rusticity and precision that makes good Southern Italian cooking so thrilling.

Phil Korshak opened his bagel spot in South Philly in May, after honing his craft during previous life stops in Brooklyn and Austin. Korshak is a Harvard University graduate who broke into the culinary world at Home Slice, the Austin-based pizza place that sells New York-style pies. He spent years working alongside business partner Nano Wheedan, perfecting his bagel process on the side before the two ventured to Philadelphia to open Korshak Bagels. The business is takeout-only, but the online ordering platform makes things pretty easy to get a premium bagel with a good "schmear," as Korshak calls the spreads.

Here's what Bon Appétit had to say:

Poet and baker Phil Korshak's humble South Philly bagel shop draws long lines, and for good reason. Even the most basic elements of the menu are crafted with extravagant care. His bagels, fermented for 48 hours before being boiled and baked to crisp-chewy perfection, are simple and superlative. So is the tangy house Korshak Schmear-cream cheese, which Korshak describes on the menu as "Whipped w/ The Milk of Goat and Brine of Mozzarella." One bite, and you'll be clamoring to join the Cult of Korshak just like we were.

The complete Top 50 new restaurants list from Bon Appétit includes the magazine's recommendations for what to order when you try these spots in Philly — or 47 others across the country, if you happen to be visiting.