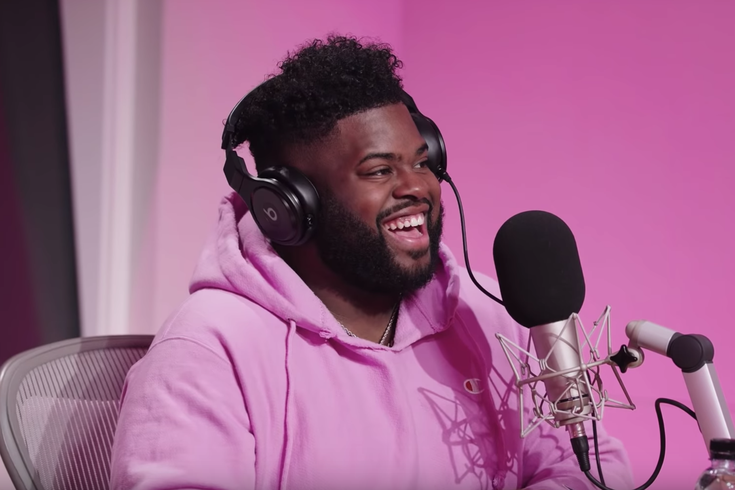 Pink Sweat$, a singer and songwriter from West Philly, was tapped as Apple Music's newest "Up Next" artist.

West Philly singer and songwriter Pink Sweat$ was announced Tuesday as the next Apple Music “Up Next” artist, the second time in 2019 a Philly musician has been featured by Apple.

Sweat$ released his second EP, “Volume 2”, last month, a brief five months after releasing his debut EP, “Volume 1”. In an interview with Apple Music’s Zane Lowe, uploaded Tuesday, Sweat$ talked about his rising fame, battling esophageal achalasia for three years, his musical process, and more — all while wearing a pink sweatshirt, of course:

It’s already been a good 2019 for Sweat$. In January, the singer was featured in a Billboard story focused on his “rapid success”, and just last month the New Yorker included his 2018 EP in a round-up of the best new R&B artists.

You can listen to “Honesty”, the breakout track that put Sweat$ on the map in 2018, below:

Sweat$ also has talked in interviews about his collaborations with Tierra Whack, the other Philadelphia artist named to Apple Music’s “Up Next” collection. Whack was added to the "Up Next" roster in late February.

In an Apple Music release, Lowe said Philadelphia’s music scene is “having a moment.” It sure seems that way.