Pittsburgh cheats its way to victory in best-cheesesteak poll 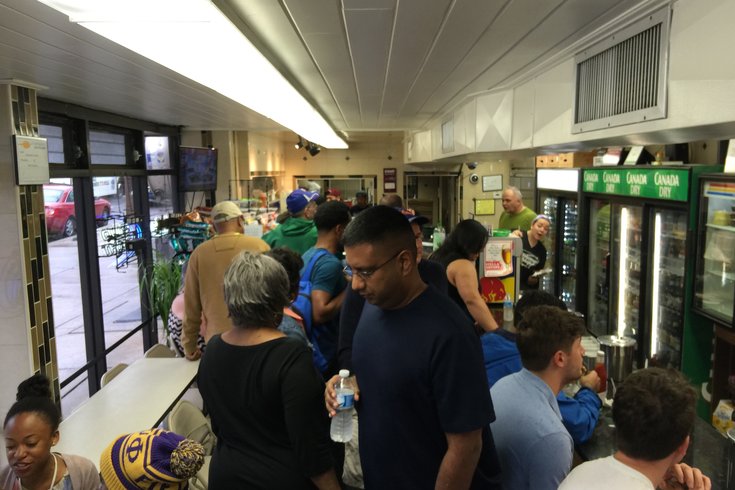 Despite a poll that was slanted against the Roxborough eatery's prospects of victory, Dalessandro's Steaks was packed during lunch rush on Friday, May 13, 2016.

I walked into Dalessandro’s Steaks & Hoagies at 12:05 p.m. Friday with an empty stomach, heavy heart and the rage of a thousand hot peppers swirling in my mind with the knowledge that fractured civic behavior had just damaged the culinary standing of America’s birthplace.

As if it weren’t bad enough that the Pittsburgh Penguins advanced to the NHL Eastern Conference finals, while the Flyers relax during an extended summer vacation, the results of a USA Today poll declared that Pennsylvania’s best cheesesteaks are made across the state just five minutes earlier.

Granted, I don’t know The Groove Cheesesteak Co. of Pittsburgh from shinola, but I do know that it took top prize in a “Best Cheesesteak in Pennsylvania” poll. I also know that The Groove was the lone Pittsburgh entry in the 20 steak-shop field that included 11 Philadelphia eateries.

It's as if the pollsters set up Philly to fail, thus violating even the most basic tenets of democracy.

Considering that the 10Best poll declared that “it was an extremely tight race, and the final result came down to a matter of a few votes between Pittsburgh's only nominated sandwich shop and Dalessandro's Steaks & Hoagies, a Philadelphia favorite,” logic dictates that a split-vote amongst Philly eaters paved the way for this travesty.

This is beyond refute. I know it. You know it. The Groove knows it. The pollsters know it. And fellow eaters and workers at Dalessandro’s (est. 1960, with its current cash-only location at Ridge Ave. and Wendover St. in Roxborough) certainly knew it on Friday.

Stephanie Kotritis is the manager of a steak shop that is often so crowded the demand for space inside outweighs supply. It took her about 20 minutes of traffic-controlling the lunch-time crowd to find a spare moment to come chat at the counter. 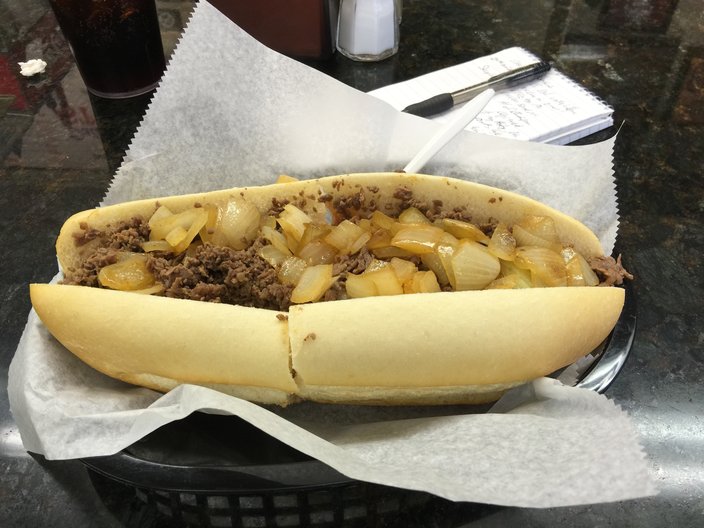 Finishing first among a Philly field that landed seven steak shops in the top 10 was a source of pride, but the numbers just didn’t make it easy to secure a victory, even if Dalessandro’s sells so many steaks she wouldn't even venture a guess at a daily average.

“They had [their] whole city voting for them, but you know how Philly is: People are voting for their personal favorites, and there were several to pick from,” she said, alluding to the fractured local-vote dynamic. “But, we’re happy. Our fans and customers definitely love our steaks here. It was an exciting, fun contest that came out of nowhere. The reaction was crazy!”

Of course, there was a certain amount of ballot-box stuffing and social-media outreach locally, but Kotritis said the busy nature of the business led to periods where the Dalessandro’s business-family forgot to keep the pressure up.

Hers was a good-natured response, wholly accepting that their top-tier finish spoke to a love of the product.

At the counter, that stance was confirmed by both Paras Sephi, who moved here from Chicago not too long ago, and Tom Cronin, who remembers eating Dalessandro’s steaks when the shop was located at Ridge and Manayunk avenues way back when.

Sephi’s cheesesteak knowledge was limited to several compare-and-contrast missions between Dalessandro’s and Chubby’s across the street, but he said the one he was currently eating was totally the best.

As far as Cronin — who lived in Roxborough for many a year before moving to Bala Cynwyd — is concerned, Dalessandro’s “has always been the best. Just delicious. I don’t think you can beat it.”

Sure enough, the Zagat’s reviews from 2013, 2014 and 2015 hanging behind the counter confirmed Cronin’s stance using phrases like “food coma” to do so, along with a 2012 plaque from the Philadelphia Business Journal that read, “Home of the Best Tasting Philadelphia Cheesesteak.” 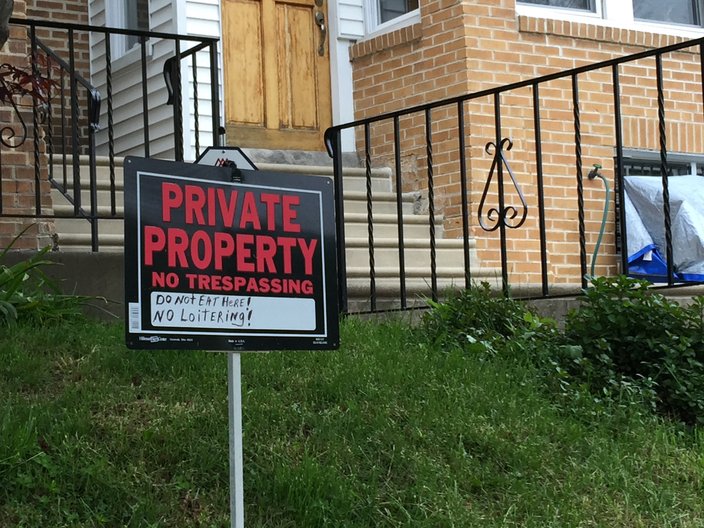 The folks at Dalessandro’s will take pride in the result, knowing full well why they didn’t snag the top spot even if, as Kotritis put it, this poll will fuel Pittsburghers looking for any fallacy that enables them to claim supremacy over Philly.

“We know who’s really No. 1,” the waitress who deferred all quoted responses to Kotritis told me after I settled my $10.50 tab with a not-as-empty stomach, lighter heart and considerably less rage than when I’d arrived.

So, yeah, whatever, Pittsburgh. You may have a bunch of Super Bowl titles, but you know in your heart of hearts that your cheesesteaks never were, and will never be, as good as ours.