Pizza-themed Monopoly is here, in case you needed a reason to crave pizza 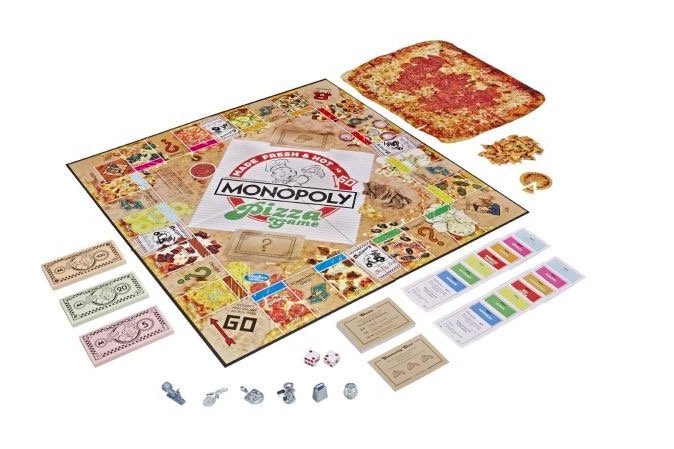 The world is your pizza in the newest edition of Monopoly.

After sufficiently pissing off a lot of Millennials on the Internet, the 83-year-old game of Monopoly is changing gears to focus instead on a food any generation can agree on: pizza.

The Monopoly Pizza Game, packaged in a replicated pizza delivery box, trades the traditional player tokens for items such as a pizza cutter, cheese grater, and Parmesan shaker.

Like the Millennial game, the traditional goal to acquire property also is gone – instead, you're on the hunt for the most toppings. Weird move if you're more of a sauce-and-cheese traditionalist.

Toppings with the same colors together make a type of pie, such as a veggie-lover's pizza or a chicken BBQ pie. If you acquire the most pizza slices, you win, just like in real life.

If you love cheese and you love pizza, there's a #Monopoly for you. 🍕 https://t.co/fciNNaA8bg pic.twitter.com/tRaC3r7JFq

Sold? Check out more details on the game, which retails for around $20, here. Just want pizza now? We have some suggestions.