Play games and be merry: Board games that won't grow resentment 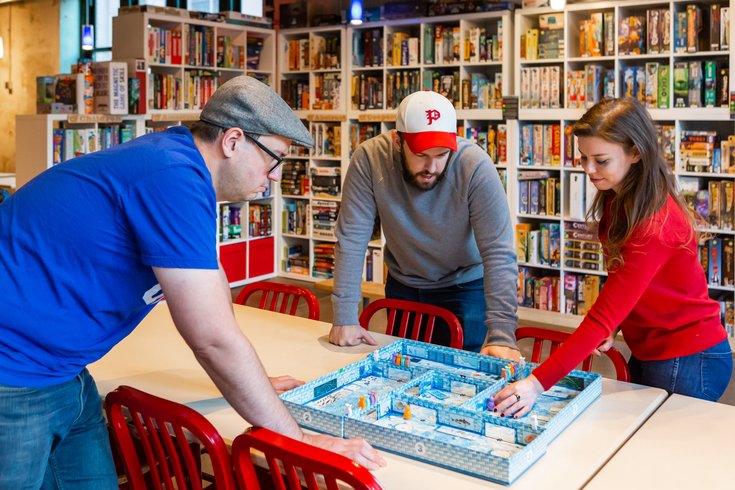 The Thirsty Dice board game cafe at 17th and Fairmount has over 800 games available you could play.

There's always some awkwardness at family holiday events, whether it's just that oh-my-god-are-you-seriously-asking-me-that-right-now question or maybe it's just "that" family member you'd rather not interact with. Who knows. (And maybe you're an awkward aunt or uncle now.)

But at the end of the day, you're all family. And what better way to celebrate that fact than a game night. It's a nice way set aside politics and whatever hang ups there are and just have fun.

So we spoke to Matt Hendricks, owner of Thirsty Dice, Philadelphia's board game infused restaurant bar, on the best board games to play over the holidays, and why, he thinks, board games are so beneficial.

“When you’re playing a game, there’s this implicit social contract you have with other people that you're playing with that’s a lot more disarming, because the outcome of the game isn’t going to have a huge impact on things.” He adds, "It’s a construct where empathy is built into the experience out of the gate.” 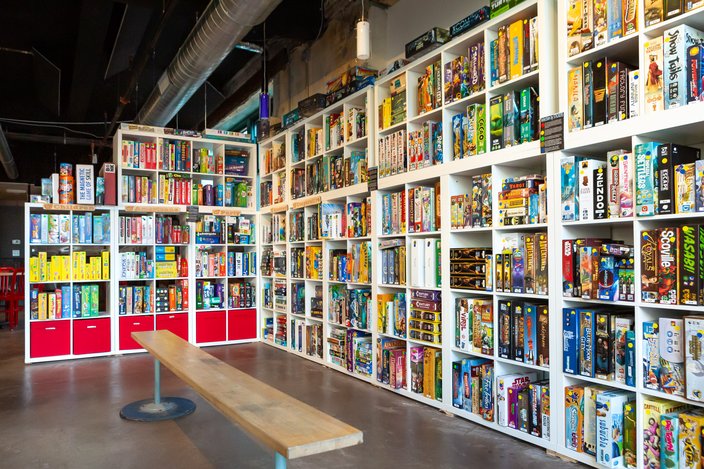 There are over 800 board and card-based games to choose from.

Now he does warn there are some classic games that have historically been, shall we say, triggering.  “One of the biggest problems with Monopoly is there’s a lot of lore that gets passed around that is patently false and not part of the rules.” He adds, “So, you know, you’ve got people being pretty punishing. All that stuff kind of comes together to put people in a bad frame of mind.”

So, what does he recommend in lieu of the more shopworn family games? 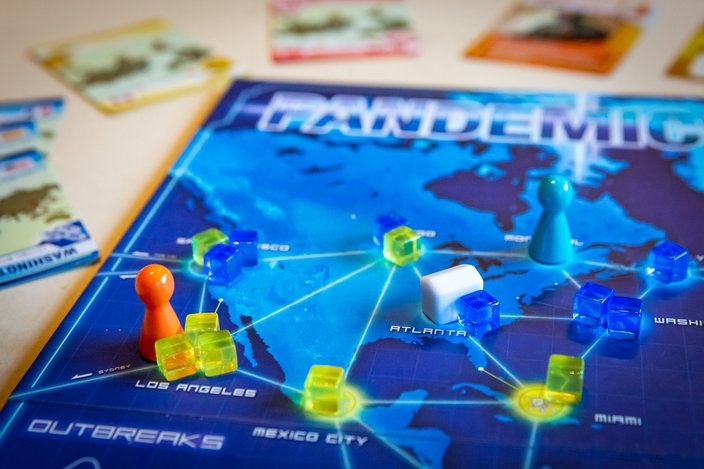 Usually played with 2-4 players, Hendricks mentions Pandemic as a good alternative because you’re working together. “You’re not playing against the other players, everyone is playing together in order to win the game.” 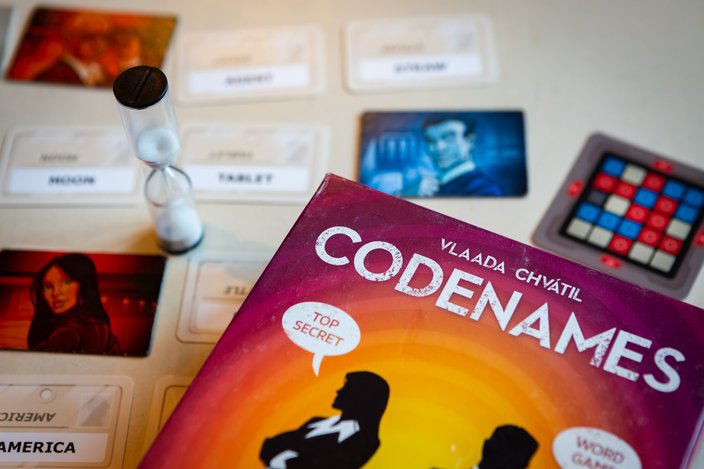 Codenames, which works in teams, surged in popularity over the past few years and has several overshoots including a Marvel and Harry Potter version.

“It takes the game of password and it brings it up another level. What it calls on you to do, kind of like Password, is basically to provide a one word clue to the other people on your team,” Hendricks mentions.

But what really sets it apart, Hendricks says, is that, “It asks you to look at how the other people on your team think, and once you start doing that really it puts you in a less combative frame of mind.” 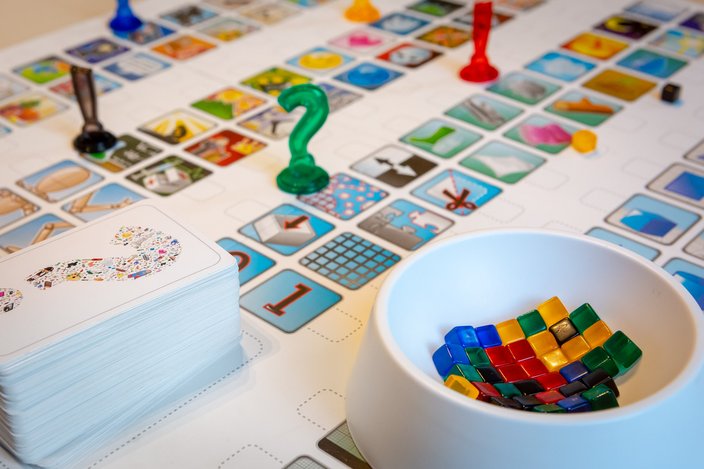 Generally played with 4-12 players, Concept is a like a visual form of charades. "In Concept you’ll get a card, and the card will have a word on it. What you’re trying to do is take the little cubes and different symbols, and place them on the board in order to get the other players to try and guess the word on your card."

There’s a way to keep score, but, Hendricks notes, it’s not necessary. “The fun of the game is more about trying to get other players to guess the word you have and not so much about who gets the most points or who wins.” 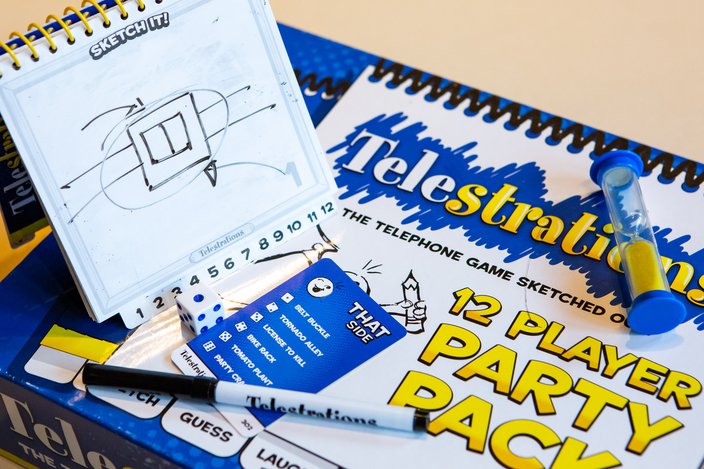 With around 4-8 players (the more the merrier), one person picks a card with a word on it, draws the word to the best of their ability, and passes it to the person on their left. They then take the image and try to draw what they think that person drew and pass it to the next person. “It’s like a game of Telephone, but with Pictionary.”

He adds, “The fun is much less about who did the best job or who did the best drawing because that really doesn’t matter. It’s much more about the experience and the fun in seeing how this card or this idea went from one thing and turned into something completely different.” 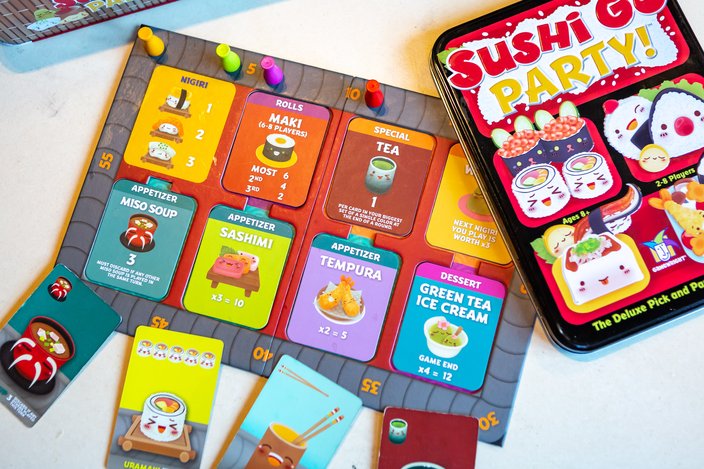 Even though playing together is fun and all, sometimes you want to get a little competitive. Hendricks recommends Sushi Go for those craving something with a bit more of a ‘me first’ attitude. “It uses a method of playing that’s referred to as ‘drafting.’”

Best played with 2-5 players, the players are dealt a certain number of cards. You take one card and then pass the rest of your cards to the person on your left as you take the cards from the person on your right. Ultimately, you’re trying to collect the most sets to win points.

“Even if you aren’t doing well it’s going to be over a lot more quickly [than a classic board game] and the design and structure of the game make it so that you have much more control over the choices you’re going to be making through the game. The game is going to be much closer and when you combine all those things together, even though it's competitive, everyone at the table is having a better experience.” 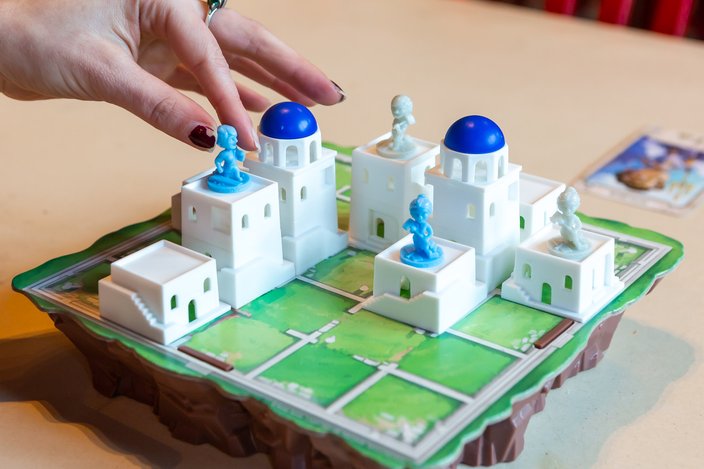 Another notable alternative to classic games is Santorini, a strategy game similar to that of chess. It can be played with up to four players, but it's recommended for use between two players.

The game is set in Greece. Players add pieces to the board to build up the structures in the city. "You’re tying to build out these different structures that are very iconic to the Greek island, and you’re trying to get one of your two pieces on top and every turn is the same."

Hendricks likes it because it’s easy to learn. He also notes, “It’s less about destruction and capture, you know the way there is in chess, but it’s much more about building things up and still retaining the element of needing to kind of look ahead in the way you would in chess.”

All of these games are available to play and for purchase at Thirsty Dice, located on 1642 Fairmount Ave.