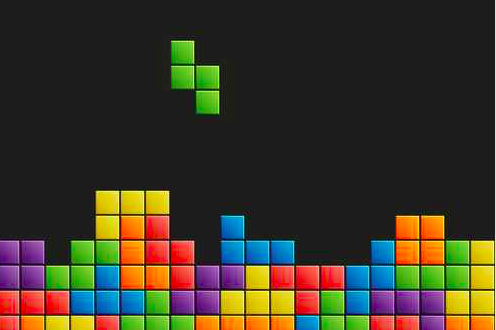 Playing Tetris can alter the structure of the human brain, according to researchers.

Video games sometimes get a bad rap for spreading sluggishness and distorting perceptions of the world we live in, but this viewpoint is an extreme generalization. It brings to mind the puritanical mother in 'Detroit Rock City' who's convinced Kiss is the devil incarnate.

Gaming can actually be an excellent way to improve cognitive functioning and problem-solving skills, with the caveat that moderation is necessary in any kind of balanced lifestyle.
A new video from PBS Digital Studios' BrainCraft examines the effects of Tetris on the human brain, reviewing the work of researchers who observed structural changes to the brains of those playing the game for 90 minutes a week over three months.
The study participants displayed thickened parts of the cerebral cortex, improved efficiency, and a reduction in flashbacks among those with post-traumatic stress disorder.
As the video explains, Tetris can serve as a cognitive vaccine, bolstering working memory and visual processing to filter out other recurring disturbances. Because Tetris relies on an immediate reconciliation of spatial problems and solutions, it enhances the way we take action in difficult situations.
Of course, these findings have only been observed in a lab, where the desire to delineate a pattern may create the pattern itself. It's likely that any behavior sustained for three months will produce changes to the structure of the brain, for better or for worse, in line with the phenomenon of neuroplasticity.
The distinction between a positive gaming influence and addictive behavior can safely be made at the point of reduced social competence.  Those who have written about the game's habit-forming risks describe a Tetris effect, wherein obsession with the game bleeds into expectations about other processes in the world, including interaction with people.
Then again, as Drexel University's own gaming professor Dr. Frank Lee has proven, there is plenty to recommend Tetris as a social activity. In May of 2014, Lee broke his own prior Guinness World Record by creating the largest architectural video game display on two sides of the 29-story Cira Center. As he describes in the video below, people came together to enjoy Tetris on the LED arrays of an iconic building in Philadelphia.
So if you think you could use a little boost in efficiency, here's a good place to play Tetris online and see whether these theories have any impact on your thought.