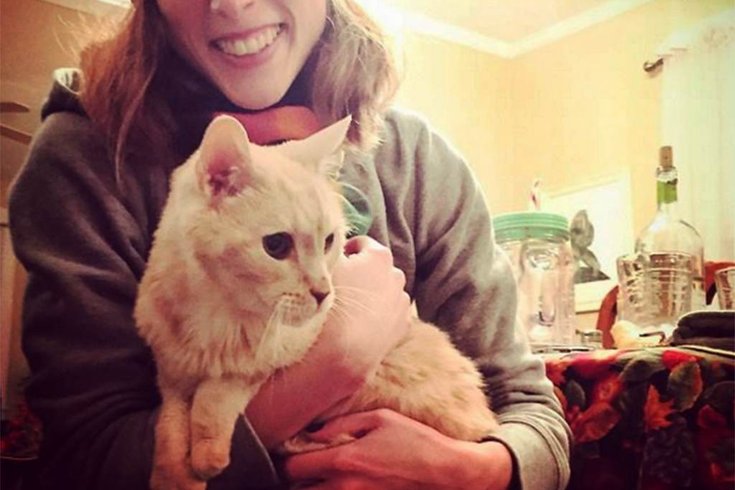 The author contracted Cat Scratch Disease from the family cat, Mario, in 1999. Her family had rescued him from a local shelter.

A recent Centers for Disease Control and Prevention study citing an increase in Cat Scratch Disease has incited a media frenzy, prompting headlines such as “Snuggling Up With Your Cat May Kill You Thanks To Cat-Scratch Disease.”

The hoopla has many animal lovers (and haters) fearing that the bacteria that causes Cat Scratch Disease is the new Public Health Threat No. 1. Some believe that Bartonella henselae, which is transmitted from fleas to cats to humans, can be fatal in extremely rare cases by affecting the brain and heart. But it simply isn’t true.

I contracted Cat Scratch Disease from a beloved family pet in 1999, when I was 13 years old, and it was not a big deal. I will continue to adopt shelter cats, up to 40 percent of whom will carry Bartonella henselae at some point in their lives. And if you love cats as much as I do, you should, too.

Like most people with Cat Scratch Disease, my primary symptom was enlarged lymph nodes, which can be quite scary indeed when you’re just a kid and suddenly discover golf ball-sized lumps under your armpits. My mother, fearing some sort of lymphatic cancer, immediately scooped me up and took me to the pediatrician, who was quite prudent in her examination.

Noticing several fresh scratch marks on my hands and forearms, she asked, “Do you have a kitty?” I did. A recent family field trip to the local animal shelter had produced Mario, a fluffy peach tabby kitten. I’d been having fun running my hands along the living room carpet and letting him chase after my fingers, which resulted in a few playful cat scratches.

I can assure you: the worst part about my experience with Cat Scratch Disease was the allergic reaction I had to the antibiotic prescribed to treat it. (I suffered a horrifying full-body rash and the first of many painful public humiliation incidents in junior high school.) 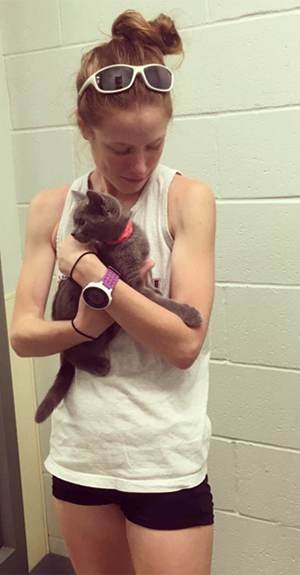 The author recently adopted Phoebe during a visit to Camden County Animal Shelter's Clear The Shelters Day. Despite some initial concern about contracting Cat Scratch Disease again, all has gone well.

In hindsight, my pediatrician might have been overly cautious; most cases of Cat Scratch Disease resolve on their own without treatment. Had my mother not taken me to the doctor, I probably would have survived (with my dignity intact).

It’s not clear whether or not someone with a history of CSD can be reinfected, so I was admittedly nervous to adopt another kitten as an adult – not because I feared the symptoms or potential complications of CSD, but because I’m terrified of antibiotics.

A few months ago, however, at the apex of serious ongoing health struggles that had me convinced it couldn’t possibly get any worse, I decided to take the plunge. I visited the Camden County Animal Shelter on Clear The Shelters Day, when all adoption fees were waived in an effort to find homes for every last shelter pet.

I fell in love with a stunning lavender-gray kitten, who’d just been spayed and cleared for adoption. The timing seemed so perfect. It felt like she was meant for me. As soon as I held her in my arms, I couldn’t say no.

“Have you ever heard of anyone getting Cat Scratch Disease?” I asked an experienced looking shelter employee, while I filled out the necessary paperwork. My hand was shaking a little.

“Never in all of my 35 years working with cats,” he said. “And if anyone did get Cat Scratch Disease, it would be worth it.”

Here’s the thing about cat ownership: the health benefits far outweigh the risks. People who own cats and/or dogs exhibit signs of reduced stress levels, like lower blood pressure/heart rates and faster recovery times, compared to their pet-free peers. Companion animals can be mood-boosting for people suffering from mild to moderate depression and anxiety. And there’s evidence that pets improve our immune systems, protecting us from more bacteria and viruses than they might potentially infect us with.

The first time my new kitten, Phoebe, accidentally scratched me was a little tense. I disinfected the cut and hoped for the best. Thankfully, months after Cat Scratch Disease’s 14-day incubation period, I’m totally fine. Not only have I not contracted the dreaded Cat Scratch Disease; being Phoebe’s mom has definitely improved my health.

Pets are the purest source of unconditional love. They are mischievous. They are hilarious.

And laughter truly is the best medicine.