Podcast: Airing of grievances against the Eagles' offense, and a Thanksgiving food draft 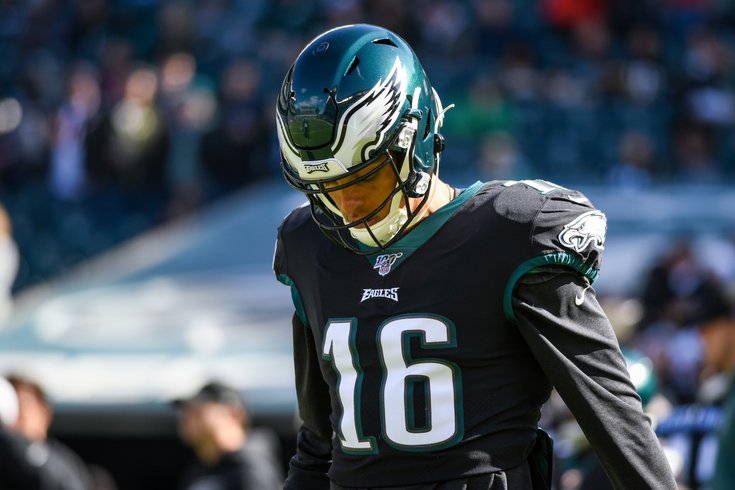 Mack Hollins during the Philadelphia Eagles game against the Chicago Bears at Lincoln Financial Field in Philadelphia on November 3, 2019.

Getting into the holiday spirit, Brandon Gowton and I aired our grievances, Festivus-style, against the Eagles' offense, and conducted a Thanksgiving food mock draft. Here's what we discussed in BGN Radio episode No. 94:

The defense was good. Seattle helped with a few gift miscues (Wilson bad throw, DK Metcalf drop), but withstanding 5 turnovers by the offense and only giving up 17 points against an MVP candidate is impressive no matter what. The offense, not so much.

QB: Wentz had the worst game of his career. The receivers aren’t helping, but the fumbles are now a huge issue once again.

RB: There's something the Eagles don’t seem to trust about Sanders as a runner, since he’s barely getting any carries relative to his number of snaps.

TE: Dallas Goedert has been disappointing so far.

OT: Dillard was awful at RT, as he thought he would be.

The Dolphins have a boatload of injuries, especially in the secondary. Does it even matter against this bad Eagles offense?

Their run defense is also bad, as is their OL.

Fitzpatrick did light up the Eagles in Tampa last year.

Eagles are wasting what should be a glorious time for them, coming off Super Bowl, and playing in a joke of a division.

Cowboys (-7): It’s BS that they get a home Thanksgiving game every year.

Objectively speaking, my Thanksgiving team of foods would destroy Brandon's.