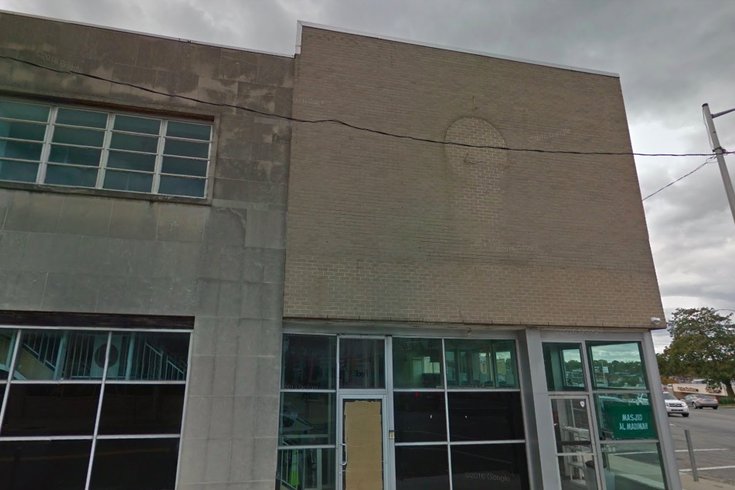 The mosque in Upper Darby.

Police are looking for a suspect in the posting of anti-Muslim signs near the Masjid Al-Madinah Islamic Center in Upper Darby.

Surveillance photos were released Thursday depicting a person of interest clad in a red aviator hat and coat with a NASA logo on it. Investigators are asking for help in locating the person.

DO YOU KNOW HIM? We want to speak with him in regards to placing signs filled with threatening anti-muslim rhetoric around UD Mosque. He is wearing a red aviator type hat and a NASA jacket. Call 610-734-7693 or dm with tips. pic.twitter.com/w5ajuMWEuQ

Police told 6ABC the signs were “filled with threatening anti-Muslim rhetoric” and placed around the mosque at 69th and Walnut streets.

In 2015, leaders of the Upper Darby Muslim community and police announced an allegiance to promoting a positive image of Islam in Delaware County and take the public association away from extremist groups such as ISIS.

The announcement came after a series of anti-Muslim attacks targeted mosques throughout the area, including the throwing of a pig’s head at a center in Kensington.

“This is about opening the lines of communications, to show people across the country and around the world that it works.”

More information about the investigation is expected to be released during a press conference Thursday afternoon.