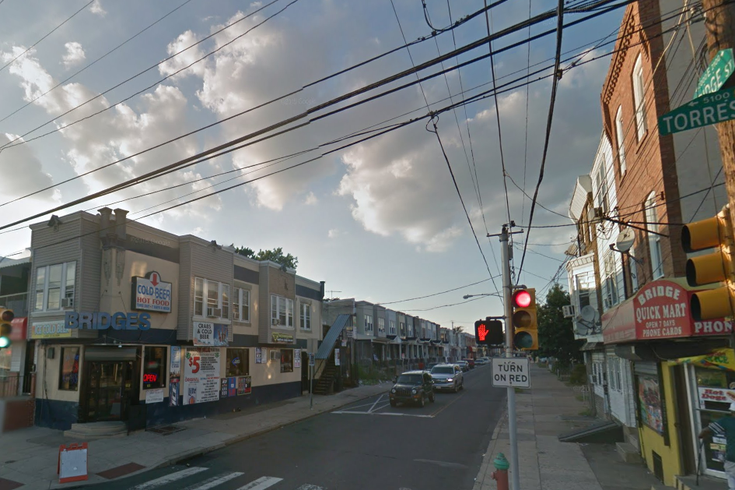 The intersection of Bridge Street and Torresdale Avenue, in a screen capture from Google StreetView.

The Philadelphia police are currently on the scene of a shooting homicide after a 28-year-old male was found suffering from a gunshot wound in the Frankford neighborhood of the city, this morning.

According to police, at 11:44 a.m., officers responding to a report of a shooting near the intersection of Bridge Street and Torresdale Avenue, found the victim – who police have not yet identified – suffering from a gunshot wound to the upper chest.

The injured man was transferred to Aria Torresdale Hospital, along Knights Road at Red Lion Road, in Northeast Philadelphia, where he was pronounced dead at 12:51 p.m.

No weapon has yet been recovered and no arrest has been made. Law enforcement officials, however, are currently investigating the incident.

This is a breaking story and will be updated as new information becomes available.