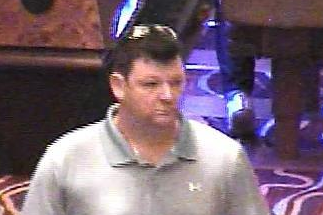 Police are seeking this suspect, who allegedly duped a fan into paying $1,200 for tickets to the Eagles dud of a game against the Cowboys.

Police say a man sold counterfeit tickets to Sunday's Eagles game against the Dallas Cowboys, a match that many fans probably wish wasn't real either.

According to authorities, a New Jersey man met the suspect at PARX Casino in Bensalem to buy the two tickets -- $600 total-- on Wednesday.

After buying the tickets, the fan later found out they were fake.

Police have released a surveillance photo of the suspect, seen wearing a gray Under Armour polo shirt with sunglasses on top of short black hair.

If anyone has information on the suspect or the crime, they are asked to call the Bensalem Township Police Department at 215-633-3719.

While it's obviously no joke when someone gets duped out of that much cash, it's probably fair to say most birds fans would like their money back for the legit tickets as well.