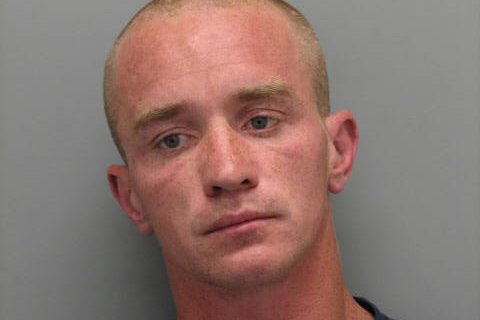 John R. Blackburn, 33, of Houston, was employed at Angels Gather Here Pony Rides, which was operating at Fifer Orchards in Camden Wyoming, when the alleged incident occurred on Oct. 29, according to police.

Blackburn helped a 9-year-old female customer mount and dismount from a pony, and the girl told her mother after the ride that Blackburn had touched her, police said.

It was then discovered that Blackburn is a Tier 3 sex offender and had allegedly failed to re-register as a sex offender when he started working for the pony rides company.

Rod Crowson, owner of the pony ride company, told NBC10 he fired Blackburn after the mother presented him with a picture of Blackburn touching her daughter.

Crowson added that he normally runs background checks for his employees but didn't for Blackburn because he was recommended by a "reliable" friend, the news station reports.

Blackburn has been charged with unlawful sexual contact of a child by a registered sex offender and failure to re-register as a sex offender within three days after a change in employment.

He was arraigned and jailed at James T. Vaughn Correctional Institution in default of a $106,000 cash bond.