No evidence of gunshot at Maryland military hospital 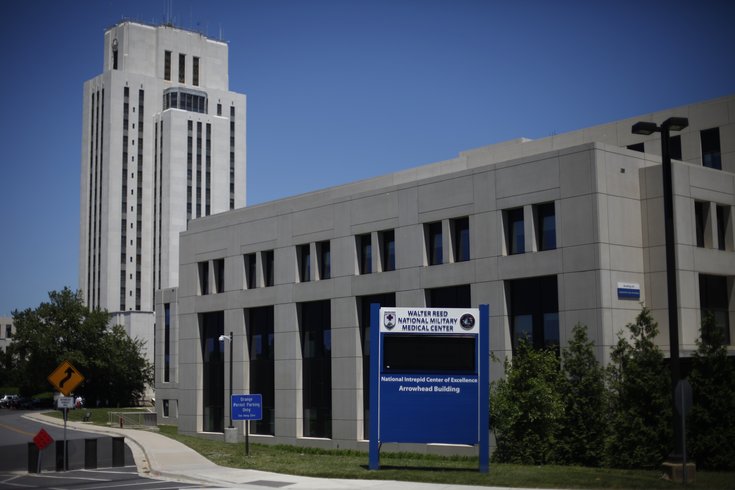 Authorities have found no sign of a gunshot on Monday at Walter Reed National Military Medical Center in suburban Washington after a report of a shot triggered a lockdown of the sprawling hospital campus, police said.

Officers cleared the 20-story structure where the gunshot was reported and found nothing, Montgomery County police said on Twitter.

A call to police reporting the sound of a gunshot triggered the lockdown at the 240-acre (98-hectare) hospital campus in Bethesda, Maryland, and a massive security response.

Captain Paul Stark told reporters, "There is no indication of any kind of a shooting" and no injuries were reported.

Police sniffer dogs will check the site for explosives, he said. Police said patient care at Walter Reed had been suspended for the day.

The U.S. Navy said employees were told to shelter in place as police and security personnel responded to the unconfirmed report of an active shooter.

The Walter Reed report came after an unfounded call of a gunshot at the Washington Navy Yard sparked a heavy police response on Thursday.