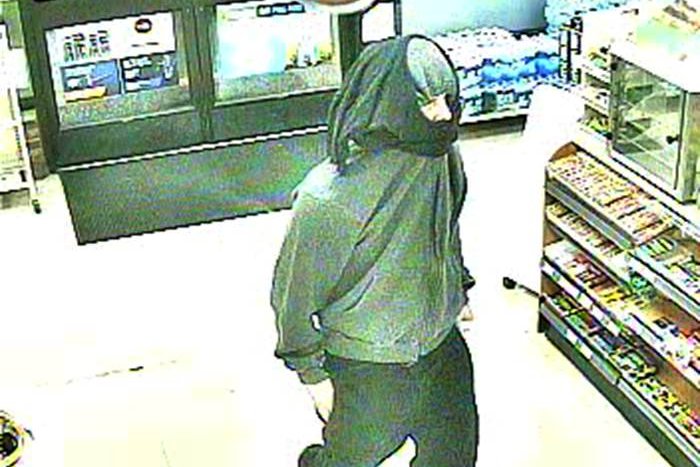 This frame from surveillance video shows the suspect wanted in connection with a robbery at the 7-Eleven store in Maple Glen, Montgomery County.

Police are searching for the suspect, who showed a handgun during the 2:24 a.m. robbery at the 7-Eleven store at 623 Welsh Road in Maple Glen.

He is described as a  light-skinned male in his late teens or early 20s, between 5-foot-8 and 5-foot-10. The suspect fled on foot across Welsh Road following the robbery.

This suspect should be considered armed and dangerous, police said.

Anyone with information can contact the Upper Dublin Police Detective Division at 215-646-2101.

A 7-Eleven store at 2869 Limekiln Pike in Abington Township, about 4.5 miles south of the Maple Glen store, has been hit twice by armed robbers since April 5.

On that night, a clerk was shot in the leg by an armed suspect, who was arrested by police a week later and charged.

On May 23, at the same store in North Hills, a black male pointed a handgun at the clerk and and demanded he "Open!" the register, according to Abington police.

The suspect made off with an undetermined amount of money and fled on foot, police said. A K-9 search tracked the suspect north on Cricket Avenue, where police located the black dreadlocks wig and long-sleeved shirt worn by the suspect in the 400 block.

Meanwhile, the FBI continues to search for the "Straw Hat Bandit," a serial armed robber who has targeted banks in Montgomery and Bucks counties. Several of those robberies were at banks in the same vicinity as the 7-Eleven robberies, including: