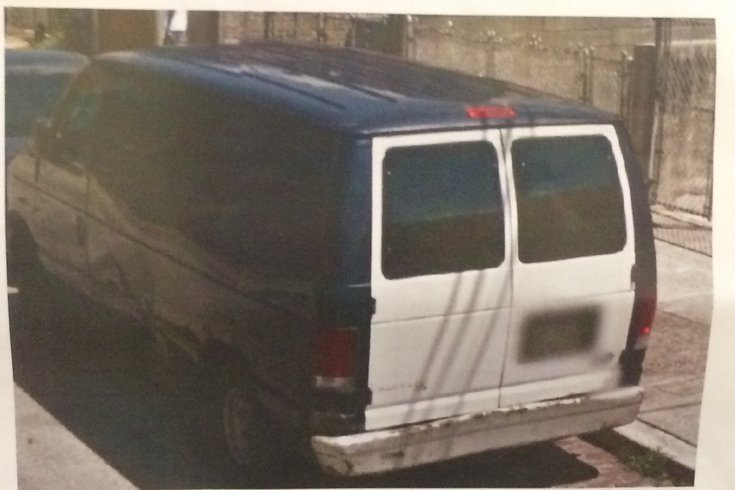 The Philadelphia Police believe the person responsible for the murder of Joseph Daly, 78, may be driving in this stolen van. It's a blue 2003 Ford E-150 which has two rear doors painted white. It has a PA license plate number: PD53382.

The body of Joseph Daly, 78, a hardworking neighborhood handyman – "well known and well respected," police said – was found Tuesday on the living room floor of his home in the 6300 block of Theodore Street in Southwest Philadelphia. He had been strangled and beaten to death.

At a news conference Wednesday, Philadelphia police Captain James Clark said he believes the murderer is likely driving around in Daly's van after the man's keys were taken during the murder. 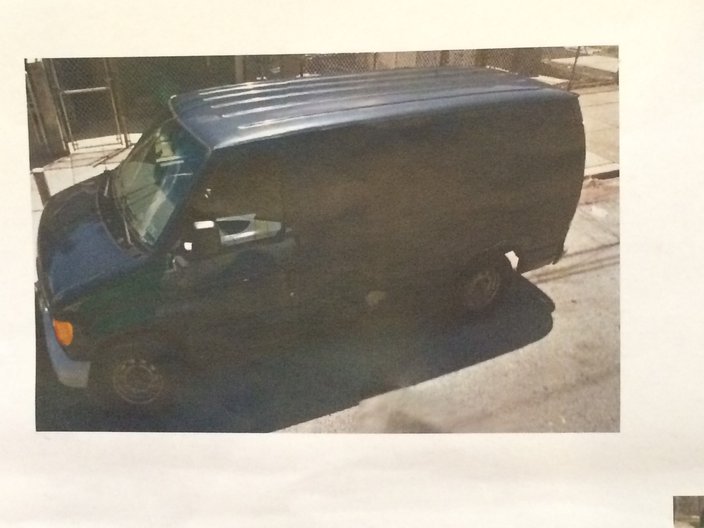 The Philadelphia Police believe the person responsible for the murder of Joseph Daly, 78, may be driving in this stolen van. It's a blue 2003 Ford E-150 which has two rear doors painted white. It has a PA license plate number: PD53382.

Officers found Daly's body during a visit to his home on a well-being check after an anonymous caller told police he hadn't been seen since Sunday evening.

Officers arrived at the home to find Daly's body – with a pool of blood to the right side of his head, law enforcement officials said. They also found a broken rear window and an unlocked back door, police said.

Police were still investigating the house to determine if anything other than the keys to Daly's vehicle were stolen.

Last week, Daly was a victim of another crime that might be related to his murder, Clark said. The man was apparently robbed by a group of juveniles while standing outside of his home. The captain said he couldn't give specifics of that incident as it wasn't reported to police and stories from witnesses vary.

"This is sort of word-of-mouth ... The only thing we can go off is, sort of, rumor mill stuff," said Clark. "But, we believe that it happened."

Clark said police were also unsure when the murder occurred.

Daly was last seen alive on Sunday evening – Clark didn't detail a specific time – meaning the man could have been killed between then and when the body was found at 1:35 p.m. on Tuesday, said Clark.

Police also do not have the murder weapon, though Clark said it appears Daly was strangled and beaten with a blunt object.

Clark said police are hoping that by sharing images of this "very distinct" vehicle, law enforcement officials will be able to track down the individuals responsible for the killing.

A $20,000 reward is being offered for information leading to an arrest and prosecution in the murder.