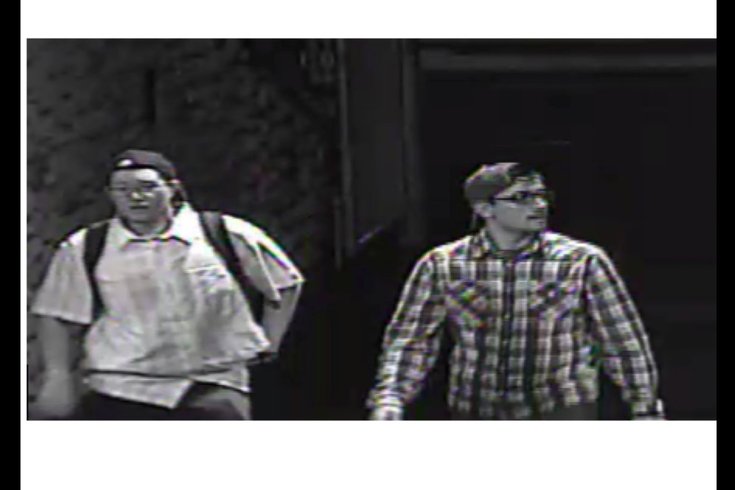 Penn State Police released a photo of two men Tuesday who they say gained unauthorized entry to Beaver Stadium initiating an investigation into a security threat.

Surveillance video captured the two college-aged men walking in the football stadium Saturday around 4:15 a.m. hours before the school's game against the University of Minnesota.

Prior to the game, police warned fans that a potential threat was made against Beaver Stadium. "Several exhaustive searches" were conducted, but nothing was found to indicate a potential risk. The game started as scheduled at 3:30 p.m.

“Out of an abundance of caution we are notifying fans and the public of the threat that was received, so that they can make their own choices about personal safety and their attendance at today’s game,” said David Gray, senior vice president for Finance and Business. “Our first obligation is to the safety of the public and, while police and safety officials have given an all-clear for today’s game, we wanted to ensure that visitors were aware of this decision.”

Anyone with information is asked to contact University Police at (814) 863-1111. Authorities are offering a $1,000 reward from Centre County Crime Stoppers for information that leads to an arrest.