Leaving a running vehicle unattended is the easiest way to have it stolen, police warn 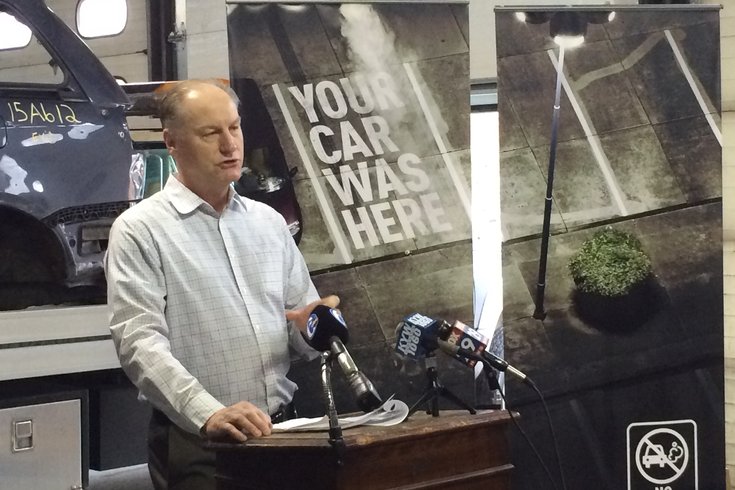 Sgt. Dan Buckley of the Philadelphia Police's major crimes auto squad, discusses the efforts to fight "puffing" or cars left idling and unattended. These cars are easy targets for thieves, he said.

If you are in the habit of "puffing," Philadelphia police have a warning for you.

It has led to several dozen car thefts in the past six weeks in one police district alone.

"Puffing" is leaving a vehicle running – without a driver.

It's pretty inviting car thieves to take your wheels.

That's why Philadelphia police are trying to discourage car owners from the practice.

On Thursday morning, police officials gathered with representatives from the Pennsylvania Auto Theft Prevention Authority and AAA Mid-Atlantic to discuss the trend of rising vehicle thefts due to puffing.

According to Sergeant Dan Buckley, of the police Major Crimes Auto Squad, the 22nd District in north-central Philadelphia alone saw a 46 percent increase in car thefts between Jan. 1 and Feb. 14, over the same period last year. He reported that 41 cars were stolen during that period in the district and nine of them had been left running and unattended while their drivers went back into the house or made a quick stop at an ATM.

"And, I suspect it's even a little bit higher," said Buckley, who noted that auto thefts citywide are down 12 percent since 2015.

Buckley said he believes more cars are stolen after puffing, as their owners may not want to admit to police they left an unattended vehicle running out of concern that it will impact their insurance claim.

According to Jana L. Tidwell, manager of public and governmental affairs for AAA Mid-Atlantic, stolen cars often lead to other crimes. Car thieves often use the vehicles to commit more violent offenses or identity theft, as many car owners keep information about the vehicle registration or purchase in the glove compartment.

Leaving your keys in a running car could give a thief access to the owner's if they know a home address – either watching the owner return to their home or from the vehicle-related paperwork left in the car, she said.

"This crime can snowball into other crimes," she said. 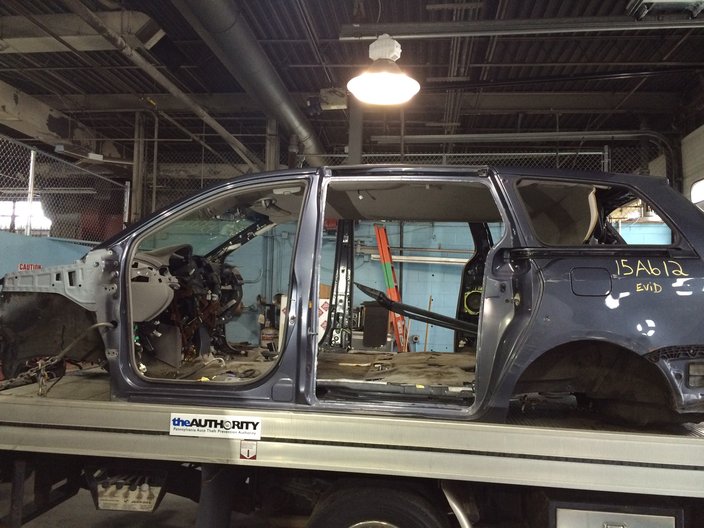 This vehicle, a 2006 Toyota Sienna, in the stripped condition that it was found in just two days after, police said, it was stolen in Southwest Philly.

To help drive their point home, police displayed a 2006 Toyota Sienna stolen in August in Southwest Philadelphia and found two days later. As shown on Thursday, the vehicle was missing doors, seats, tires, electronics – and its engine.

Officer Joe Kent of the auto squad said car owners should know how easy it is for thieves to tear apart a vehicle and sell it for parts, much like what happened to the stolen Toyota.

"They just want the parts and they can sell each part easily," he said. "These days, they just put the parts on Craigslist or eBay and then ... it's just pure profit."