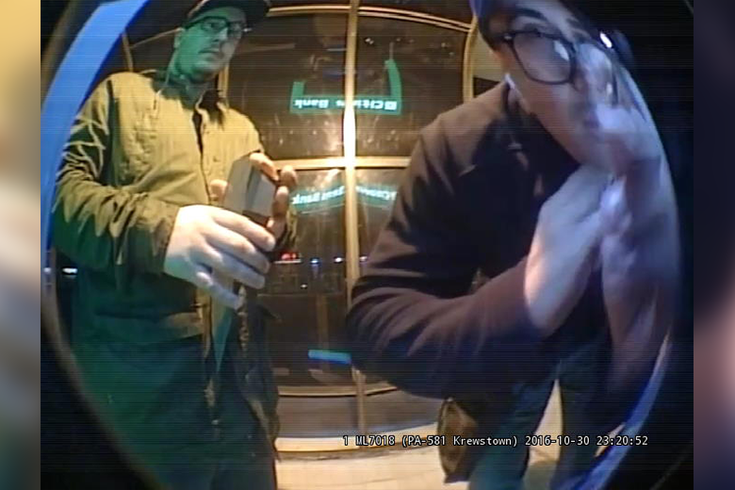 Police asked the public for help Thursday identifying two men who installed a skimming device to a bank ATM in the Bustleton section of Northeast Philadelphia.

Around 2 p.m. Wednesday, authorities responded to a report of access device fraud on the 9300 block of Krewstown Road.

A technician was replacing a light bulb on the ATM. During the repair, the worker discovered a pin camera and immediately notified the bank and police.

Investigators recovered the camera with a SIM card, which can be used to gather credit and debit card information. However, a reading device was not found on the ATM.

Police released stills from the ATM's security camera showing two men installing the camera. According to the timestamp, it happened Sunday around 11:20 p.m. 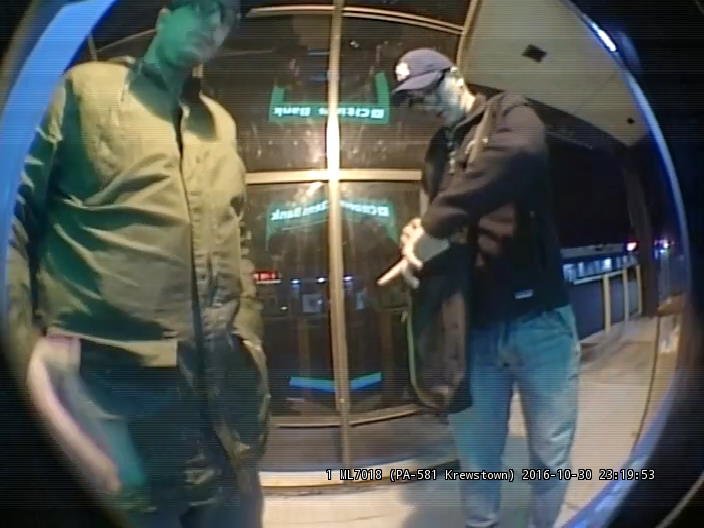 In unrelated incidents, an investigation is underway into credit card skimmers found on registers at multiple locations of the clothing retailer Primark, including stores at the King of Prussia Mall and Willow Grove Park Mall. And Philadelphia police are looking for a woman who they suspect placed a skimming device on an ATM inside the lobby of The Inn at Penn in University City.

Anyone with information about the Bustleton incident is urged to contact the Major Crimes Unit at 215-686-3396/3397.