Pope to receive bike in Philly for sustainable stance 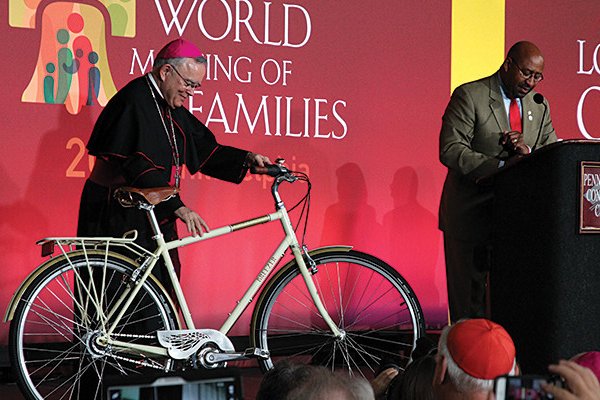 While Pope Francis' stance on climate change may have irked some conservatives, it has earned him a gift for his stop in Philadelphia: a customized ride.

In anticipation of the papal visit, and recognizing the pontiff's message on sustainability, Advanced Sports International's Breezer Bikes, a company with headquarters in Philadelphia, partnered with the Mayor's Office's Philadelphia Bicycling Advocacy Board to create a commemorative papal bike.

The bike was presented to Archbishop Charles Chaput by Mayor Michael Nutter during the World Meeting of Families' opening ceremonies Tuesday.

Francis has promoted cycling before, encouraging a group of priests to ride bikes instead of expensive cars as an act of humiliy in 2013.

The main architect of the bike's look, graphic designer Amanda Dirksen Catanzaro, is a Protestant, but also an astute student of theology and a fan of Pope Francis.

"I think he's bringing a lot of faiths together," she told PhillyVoice, noting that his messages on sustainability as well as compassion for the downtrodden have created a bridge between Protestants and Catholics.

The bike has been adorned with Francis' name in his native Spanish -- Papa Francisco -- as well as the pope's crest courtesy of Toronto artists Carl & Rose (photos courtesy of Advanced Sports International). 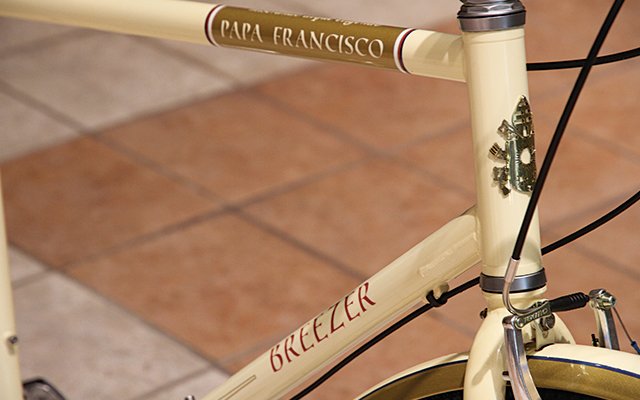 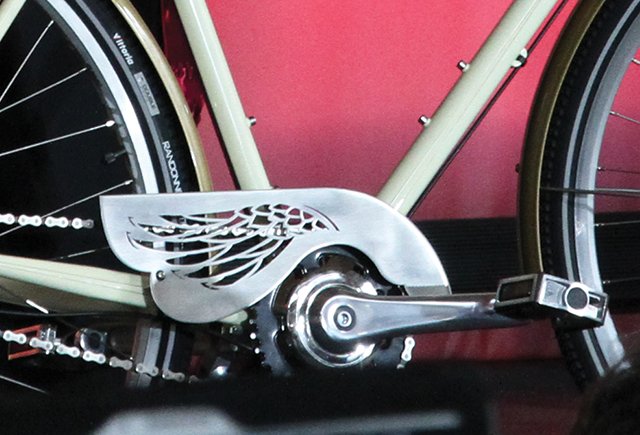 Now, just how (or if) Francis will receive the bike is unclear.

Advanced Sports International marketing manager Stephanie Genuardi said that as of Tuesday they weren't sure what the process would be in giving the pontiff his set of wheels, but they do think it will be displayed in some capacity for the papal weekend.